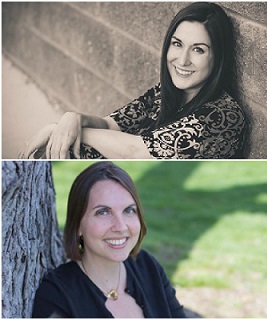 Carrie Callaghan: When you started the column, you said you wanted to make the argument for reading and applying the classics, precisely because (in part) they’re difficult. What did you mean by “applying” the classics, and how have you applied what you’ve read?

Dorothy Reno: For myself and most of the other readers, the pattern has been applying these stories to our thinking about how society works (then and now). More importantly, when we rally ourselves to read with a sense of humility and awe, there can be a pretty profound sense of compassion that sets in. I’m not talking Dalai Lama sense of compassion, which I believe to be quite beyond most North Americans, but rather a mature coming to terms with human motivations.

CC: Can you give us an example?

DR: With Robinson Crusoe, we see that loneliness and solitude have made up the underbelly of “rugged individual” consciousness for nearly 300 years. We can feel the regret and sorrow (as well as thirst for exploration and adventure) that was rooted in the colonial experience. All of this is still very much with us today.

In The Scarlet Letter and Sense and Sensibility, we intuit that the best defense for women undergoing social attack is equanimity; Frankenstein, The Picture of Dorian Gray, The Golden Dog, and Madame Bovary are demonstrative of the many ways desire without connection can destroy. Mrs. Dalloway reveals a pathway to gratitude for the small moments in life, while Crime and Punishment teaches us about the impossibility of slipping our collective Judeo-Christian tethers. In Moby-Dick, we confront looming mortality, even as we are enlivened to the immortal possibilities of words.

CC: Now, a year later, how would you articulate your argument for reading the classics? Why should we bother?

DR: These days, my arguments for reading classics lean more toward the idea of transcendence than they did last year. Clarity and illumination are fine goals, but we don’t want to become heads without bodies; sometimes we need to read for inspiration, beauty, and even distraction. Moby-Dick, Great Expectations, and Mrs. Dalloway have some of the best lines ever written in novels — tattoo-worthy, even! You can picture these words looping around beneath the lace of a cocktail dress: “What is this terror? What is this ecstasy?”

CC: [Embarrassed] Is that Moby-Dick?

DR: It’s from Mrs. Dalloway. Peter Walsh thinks these lines after realizing he’s loved Clarissa, uninterrupted, in all the years since she broke up with him. Clarissa herself is (for the most part) contentedly married, and poor Peter has wasted the best years of his life fleeing his feelings for her and making all sorts of mistakes in the process. It was so brave and honest of Woolf to write about this type of relationship — when love is uneven or unreturned.

But you know, if I had to pick one person from all these books who is master of them all, it would be Hester Prynne in The Scarlet Letter. Hester has somehow dispensed with the psychological trap of defensiveness and can bear any judgment leveled at her; she’s the American version of Job, and the emotional mother of rugged individualism. Her character ought to be the literary saint of victims for teaching us exactly how not to let attackers weaken us.

CC: One of my favorite things about reading books from the canon is how they seem to be in conversation with one another. Did you come across any unexpected or noteworthy conversations between the novels you read this year?

DR: Dostoevsky’s Crime and Punishment, Shelley’s Frankenstein, and Woolf’s Mrs. Dalloway all grapple with meaning and existence after the Enlightenment. In Crime and Punishment, the major question is what happens to people when they stop believing in God and act via self-generated ethics.

With Frankenstein, Shelley takes a godless universe for granted, but wants to protect art from a hyper-rationalist framework. In Mrs. Dalloway, the more recent of the three novels (1925), Woolf considers the stifling effects of institutions (marriage, government, and more literal forms of actual institutionalization). She demonstrates this critique most effectively with Dr. Bradshaw, the terribly successful psychiatrist whose obsession with “proportion” and “conversion” drive Septimus Warren Smith to take his own life.

On another bank of that divide are what I would call the pro-rationalist works like Flaubert’s Madame Bovary and Austen’s Sense and Sensibility. These novels say, among other things, that, yes, modern civilization is a cage, but it’s a cage that protects us from something worse. These works argue that we should find our place and make the most of it, or else. They hark back to the line at the end of Voltaire’s Candide about cultivating our garden.

Getting more specific, it is fun to muse about how much of each other’s work these authors read, and how they internalized the themes in their own books. Listen to this line from Moby-Dick and tell me if it doesn’t make you think of Frankenstein: “God help thee, old man, thy thoughts have created a creature in thee; and he whose intense thinking makes him a Prometheus; a vulture feeds upon that heart for ever; that vulture the very creature he creates.”

CC: Wow, yes. I think you wrote in your column about how deeply Frankenstein has sunk into our collective consciousness. What’s in and what’s out of the canon is very controversial. You read The Golden Dog, which is pretty unknown, at least in the United States. Does it deserve to be better known, particularly in our modern world flush with excellent reading? Are there any classics you read that you think should fall by the wayside?

DR: I grew up in Canada and I can tell you that Canadians often feel overlooked by Americans. Perhaps because of this, there’s a strange cultural phenomenon where national and local Canadian culture is taken more seriously after it finds approval in the States. The Golden Dog hasn’t received all that much attention in Canada, despite being a foundational book. I suppose I hoped that if Canadians saw an American literary outlet covering it, they might think it was worth reading.

As for its universal appeal, the book contains some excellent dialogue, and a fair bit of humor to temper the tragedy. Having said that, The Golden Dog’s inclusion in “Considering the Classics” has a dual purpose: It’s the first of a few off-canon novels that I hope to cover.

Reading classics isn’t a declaration of war on contemporary literature.

CC: Shoot, I didn’t mean the question that way. I just meant that with limited time, and with so many good books coming out every day, how can we keep justifying spending time on (relatively) ancient stories?

DR: The readers’ experience and understanding of newer stories can only be enriched when they’re able to see literary genealogy. I read your review of Mr Iyer Goes to War a few months back and, in it, you identified the novel as a retelling of Don Quixote. Your knowledge of the book’s heritage made your review interesting and deep, strengthening your authority as a critic.

CC: Knowing the Don Quixote underpinnings made reading the newer novel more fun, too. Separately — 2017 was a difficult year for a lot of people. What do these books have to say about managing pain? Does this selection of art offer any comfort or guidance?

DR: To a considerable extent, these books teach readers that pain is both natural and inevitable. For some of the characters this process is ennobling and creates pockets of nuance in their psychology, which safeguards against nihilism and despair. For others, pain is more absolute and destructive — but they face this destruction without self-pity and, in doing so, teach us how to go down with the ship.

But let me be a good sport: Robinson Crusoe’s advice is to get a dog (or a parrot). Victor Frankenstein would advise tempering your rage by strengthening family relationships. Ismael would probably tell you to stay away from crazy people, but you’d walk away from his long discourse before he could finish.

Hester Prynne would urge folks to face their fates with a straight face and work hard using their inborn (God-given) talents to ward off the haters. Emma Bovary would suggest you go shopping and have as much sex as you want, while Clarissa Dalloway would want you to take heart in small pleasures (maybe a walk in the park?). Dorian Gray would implore us all to enjoy youth (our own and that of others) while it lasts. Amélie de Repentigny’s advice would be: Don’t let feelings of unworthiness sabotage your dreams, and Elinor Dashwood would yell: “Exert yourself!”

Raskolnikov would say God loves you no matter how profligate you’ve been.

The common theme here is that each person must decide for him and herself which path leads to comfort, or whether consolation is even the goal. That’s the terror. And the ecstasy.

Please join Dorothy next in reading Great Expectations, which will be the subject of February’s column.