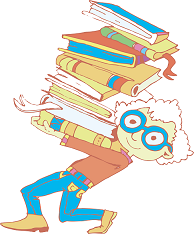 “So many books, so little time.” Isn’t that how the saying goes? Okay, maybe not. But it’s true that we were overwhelmed — in the best possible way — this summer by noteworthy fiction releases. There were so many, in fact, that some didn’t get as much love as they deserved. Here are seven such titles that belong on your TBR stack.


The View Was Exhausting by Mikaella Clements and Onjuli Datta (Grand Central Publishing). Everyone enjoys a good fake-dating trope. This story of an “Are they or aren’t they?” relationship between an A-list actress and a high-society playboy will delight you from beginning to end.

The Steal by C.W. Gortner and M.J. Rose (Blue Box Press). Historical fiction titans Gortner and Rose teamed up to write this fun 1950s-style caper about a shocking jewelry heist that throws the jetsetter city of Cannes into upheaval. A know-it-all private eye and the daughter of a famous jeweler must solve the mystery of the missing gems while doing their best to hide their mutual attraction for each other.

Getaway by Zoje Stage (Mulholland Books). A thrilling read, the plot circles around sisters Imogen and Beck who, along with their friend Tilda, have been tight since high school. After time splits them apart, they live their lives far away from each other until Imogen suffers a traumatic attack, and Beck suggests they meet again to hike the Grand Canyon’s treacherous backcountry. But when unexplained things begin to happen, the women realize they might not be alone on the trail.

The Heart Principle by Helen Hoang (Berkley Books). This isn’t your mother’s romance novel; it’s 10 times better. Anna Sun, a violinist-turned-YouTube sensation overnight, impulsively plans to indulge in a string of one-night stands after her longtime boyfriends dumps her. When she meets tattooed biker Quan Diep, however, her plan goes awry as she and Quan start developing real feelings for each other despite her family’s objections.

Paris Is a Party, Paris Is a Ghost by David Hoon Kim (Farrar, Straus and Giroux). In this surrealist tale, aspiring translator Henrik Blatand tries to understand the sudden death of his girlfriend Fumiko by following a string of subtle clues she left behind. But he begins to question his sanity when he starts to see a very alive Fumiko in several places around Paris. Is it really her? Or is Henrik’s line between reality and fantasy becoming blurred?

All Together Now by Matthew Norman (Ballantine Books). Unknown to everyone, 35-year-old billionaire and philanthropist Robbie Malcolm is dying. So he decides to invite his oldest friends to Fenwick Island on the coast of Delaware to tell them the truth and try to revive the closeness of their youth. But Robbie will soon learn he isn’t the only one in the group with secrets.