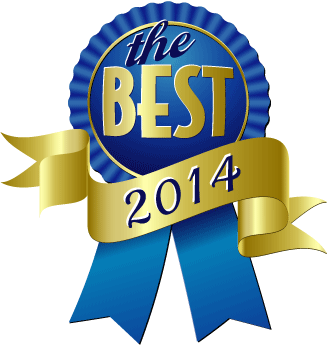 With 2014 fading in the rear-view mirror, it’s time to look back at six books that knocked me out during the year. None of them was actually released during 2014 — I’m way too backed up to read anything that current. (In fact, I’ve recently started building a third stack of to-be-reads on my bedside table…)

This list, I discover, reflects my interests and tastes. Go figure. History. Historical fiction. How the great world and the individual intersect and change each other. Too few women authors? Probably. I’ll work on it.

But all of these delivered for me, big time.

Bolívar: American Liberator by Marie Arana. The story of Simón Bolívar is almost too big for one book, and the poor bastard died in his mid-forties. He turned his back on a life of aristocratic privilege to lead the savage independence fight against Spain for two decades, and is hailed as the liberator of five nations — Venezuela, Colombia, Ecuador, Peru, and Bolivia (named for him).

But Arana provides more than a gripping biography of an epic life. The book helps explain why South American republics swung so quickly to authoritarianism, partly due to the nature of Spanish colonialism and settlement, partly due to the unimaginable brutality of the independence fight (our own revolution seems like a tea party by comparison), and partly due to Bolívar’s nature and decisions. She also explores the racial complexities of the social upheaval that swept an entire continent.

Best of all, reading the book wasn’t work. Not even a little bit.

Thank You for Your Service by David Finkel. Having profiled a single U.S. infantry unit in the Iraq War in The Good Soldiers, Finkel here takes on the job of following the ex-soldiers after they come home. It’s a searing look at the pain — physical and psychic — that hangs over each veteran like a cloud.

But the pain also infects everyone around them. Finkel’s fly-on-the-wall reporting illustrates the challenges faced by wives and girlfriends who end up hating the men they loved, stressed beyond measure, terrified for themselves and their children. And Finkel denies us the reassuring convention of a villainous army bureaucracy. Senior generals meet regularly to review every soldier suicide, forlornly seeking “lessons learned” that can be translated into general orders that will somehow stop the epidemic of veterans doing away with themselves.

The villain, it turns out, is war. And, of course, us, since we sent these people off to it without thinking very hard. Powerful stuff. [Read the Independent’s review here.]

Life and Fate by Vasily Grossman. Okay, this one came out more than 50 years ago, but it was new to me. A Jew who served as a Soviet war correspondent during World War II, Grossman produced a novel that uses close-up views of real people to grapple with the weird mutations of idealism that spawned the vicious totalitarianism of both Nazi Germany and Soviet Russia. The story moves from the grimy bunkers of the Battle of Stalingrad to Nazi concentration camps to the physics laboratory where Soviet political terror stalks the scientists who strive to split the atom.

The human stories are strong. Love, friendship, and hate are all explored and despaired over. The final pages capture nothing less than the loss of a generation. But, for me, the book also makes our own era seem small and materialistic. Grossman portrays how the ambitions of Soviet and Nazi leaders curdled into monstrous, genocidal societies, yet he also allows a tinge of regret at the loss of the boldness and grandeur of the ambition to create something exceptional.

Watergate by Thomas Mallon. I almost put this novel down after 10 pages. Gawd. It was the same slimy characters surrounding Richard Nixon that soured my generation on politics: John Mitchell, Chuck Colson, John Ehrlichman, H.R. (“Bob”) Haldeman, Jeb Stuart Magruder (who went to my high school!), not to mention the appalling president himself, the Trickster-in-Chief. I didn’t know if I could stomach spending more time with these creeps.

Somehow, Mallon snagged me. I kept reading, and what a lucky thing I did. In bygone days, a writing instructor counseled me to beware of trying to hook readers with flashy, distinctive prose. “If you have one bad page,” she said, “you’ll lose them.”

If you have Mallon’s talent, that advice is just plain silly. His writing is always low-key but wickedly insightful and often slyly hilarious. By focusing on some of the smaller players in the Watergate drama — Nixon secretary Rose Mary Woods, political bagman Fred Larue, CIA alum/spy novelist and Watergate burglar E. Howard Hunt (could you make up that résumé?) — he allows us to see the unfolding mess from the inside, from perspectives we haven’t had before.

The Son by Philipp Meyer. No, I don’t know what’s with all the P’s in his first name, either, but the book is a killer. Meyer uses an intricate series of flashbacks and flash-forwards to distill the world of South Texas over four (five?) generations. Though the book’s structure is complex, the writing is straightforward, old-fashioned storytelling. A great saga that filters a lot of history through a single family. [Read the Independent’s review here.]

The Things They Carried by Tim O’Brien. This Vietnam War book compulsively — some might say obsessively — chews over a few searing experiences of infantry grunts in the jungle, tramping down dangerous trails with very little strategic purpose. Is it a memoir? A novel? It’s written like a memoir, but O’Brien says it’s fiction.

I don’t know which, but I do know it was a compelling read about ordinary men facing terrible challenges before they’ve even had time to grow into men. And (unlike several of the books above) it’s not that long!

David O. Stewart, president of the Independent, writes fiction and nonfiction. His examination of James Madison — Madison’s Gift: Five Partnerships that Built America — will be published by Simon & Schuster on February 10.

I came across this photo gallery of the reading room in Donald Oresman’s midtown Manhattan apartment and I had to share it here, knowing that some of you would appreciate it.