Proof that comics can be literary powerhouses, too 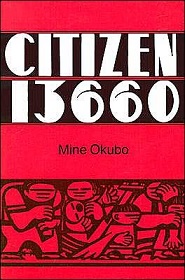 My early childhood was spent in a magical land far, far away, where there were no skyscrapers, no traffic lights, and no television. To fill the yawning void of time that otherwise would be spent gawping at the boob tube, we did things like play outdoors, climb trees, and use our sparkly imaginations.

Besides going to the one and only local cinema — where sitting under the balcony meant getting pelted with food whenever the villain came on screen — the closest thing to television was comic books. With their glossy covers, the slightly repellent texture of the rough, pulpy paper, the sharp smell of newsprint, and the lurid colors, they were a delicious mixture of the forbidden (there were no comics at my house) and the utterly enrapturing, offering a warped lens onto American society: the malt shops and dating rituals of Archie; the ridiculous luxury lifestyle of Richie Rich; the beguiling rectitude of Wendy and Casper, who were staunchly dedicated to protecting unsuspecting muggles from the dastardly scheming of their witchy and ghostly kith and kin; the implacable jollity and middle-class smugness of Mickey Mouse and his unending coterie of duck, dog, and cow spin-offs.

When we returned to the United States, TV, the novel, and the lameness of “Garfield” killed my devotion to comics.

Back stateside, I found there was a thriving industry of comic books for adults, rebranded as graphic novels. The categorization of all narrative comics as graphic novels is somewhat misleading, for it is the nonfiction historical graphic novel that I most enjoy, perhaps because I generally regard reading nonfiction as a chore. As the cliché goes, a picture is worth a thousand words, and a few powerful panels can instantly convey the emotion and import of a complicated moment in history.

Here are some of my favorite “epic stories told in tiny pictures,” as a blurb for one of them so eloquently describes the historical graphic novel.

You don’t know what you’ve got until it’s gone.

Mining the water for words