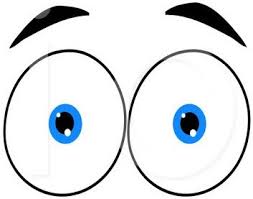 In a review I wrote for The Making of Zombie Wars, I speculated that today’s Great American Novel was being written by immigrants.

An immigrant myself, I have been appalled and deeply offended by the shrill, hateful anti-immigrant rhetoric in American politics, and this list of the top 10 books I read in 2015 (although not all were published this year; I’m no shill for the publishing industry) is influenced by the desire to battle the ignorance of those sentiments. Many were written by immigrants or children of immigrants and deal with themes of immigration and assimilation. No. 1 was written by a refugee. Yes, this is a biased list, but all top 10 lists are.

Studies indicate that reading increases empathy. My hope is that irresponsible politicians wipe the spittle from their lips, smooth down their comb-overs, and read some of these books.

10. Kiyo’s Story: A Japanese-American Family’s Quest for the American Dream by Kiyo Sato. Santa should put this book in the stocking of Roanoke mayor David Bowers, who asserted that interning the Japanese during World War II kept Americans safe, so why not resurrect the concentration camps for Syrian refugees? As this heartfelt memoir makes clear, internment was a travesty, robbing hardworking immigrants and their American-born offspring of their wealth, property, and basic civil rights.

9. Meet Me in Venice: A Chinese Immigrant’s Journey from the Far East to the Faraway West by Suzanne Ma. A fascinating look into the lives and motivations of Chinese economic migrants, this book follows Ye Pei, who leaves Zhejiang, a province whose “biggest export is people,” for Italy. While some call for the mass deportation of undocumented immigrants, the fact is they work hard at jobs that natives don’t want, as illustrated in this lyrically written case study. [Read the full review here.]

8. Fun Home: A Family Tragicomic by Alison Bechdel. A friend gave me this graphic novel, and I put it where I thought graphic novels belong: in the bathroom. But I quickly became hooked by this depiction of a dysfunctional family domineered by a closeted English-teacher father who also works as a mortician in the family business and obsessively restores their Gothic Revival home. The father’s legacy is complicated, but he passes on his love of literature to his daughter, and texts like “Sunday Morning,” The Importance of Being Earnest, and Remembrance of Things Past make poignant cameo appearances.

7. The Incarnations by Susan Barker. Wang Jun lives in cozy domesticity in Beijing with his wife and their young daughter, observing a fast-changing China from behind the wheel of his taxi. But his life begins to unravel as he receives anonymous letters from someone who purports to be his soulmate, describing Wang’s previous incarnations during turbulent periods of China’s history, from the Mongol invasion to the Cultural Revolution. As Wang’s life is revealed to be much more complicated than at first glance, the reader becomes compelled to discover the identity of his epistolary stalker. Part historical fiction, part mystery, part portrait of China today, The Incarnations is one powerhouse of a novel. [Read the full review here.]

6. Beloved by Toni Morrison. Okay, I know I’m late to the party, but I’m reading as fast as I can! In the era of Black Lives Matter, this searing novel burrows down to the very roots of the curse that has blighted our country from its inception. A ghost story and an elegy to the persecuted and tortured spirit of African Americans, Beloved is a devastating portrayal of the specter of slavery that still stalks the nation today.

5. A Constellation of Vital Phenomena by Anthony Marra. This novel about Chechnya reaches deep down into your chest cavity and yanks your heart out, leaving you staring with tear-smeared eyes at the heavens, thanking the literary gods for this gift.

4. A Kim Jong-Il Production by Paul Fischer. Can fun and the history of North Korea be brought together in one book? Yes, they can. Through the bizarre story of Kim Jong-Il’s kidnapping of South Korea’s pre-eminent director and his movie star ex-wife, Fischer encapsulates the entire history of North Korea while offering a window into the freaky world of the Kim dynasty.

3. Americanah by Chimamanda Ngozi Adichie. What is it like to move from a place where one’s race signifies nothing to where it means everything? For Ifemelu, it is a rude awakening to the racial-identity politics that dominate even progressive enclaves and liberal arts campuses in the U.S. For Obinze, it is a dismal and dangerous journey through the illicit world of England as he struggles to survive as an undocumented immigrant. Childhood sweethearts, both flee the corruption and oppression of military-ruled Nigeria, and are pulled back there, and to each other, when democracy comes to their nation.

2. My Brilliant Friend by Elena Ferrante. The first of the Neapolitan Novels introduces Lila and Elena, two girls growing up in a poor, violent, paternalistic, Mafia-infiltrated neighborhood of Naples. Staunchest of friends, they also vie against each other. Elena wins academically, not because she is smarter but because she has the tenuous support of her family. Charismatic, beautiful Lila triumphs in romance, though there are intimations that her victory will only last as long as her unmarried independence. At the end of the book, she weds…Because of the unflinching, unapologetic, and unsentimental prose, it has been conjectured that the pseudonymous Ferrante is really a man, but this intimate portrait of female friendship bears the unmistakable hand of a woman.

1. The Sympathizer by Viet Thanh Nguyen. Plumbing the valley between light and dark, Nguyen makes the duality inherent in human nature flesh in his protagonist, a Eurasian "bastard" whose name is never revealed. With a white father (a Catholic priest, no less!) and a Vietnamese mother, our hero always sees the two sides of every issue. Indeed, that is what makes him such an excellent double agent, a communist embedded as aide-de-camp to a general in the South Vietnamese Special Branch intelligence unit. The prose itself is a study in duality, rich with wordplay and double-entendres. The Sympathizer paints a devastating portrait of colonialism, the dirty politics of the Cold War, and the grim reality of American interventionism.

You don’t know what you’ve got until it’s gone.