A striking and strange collection of modern fairy tales 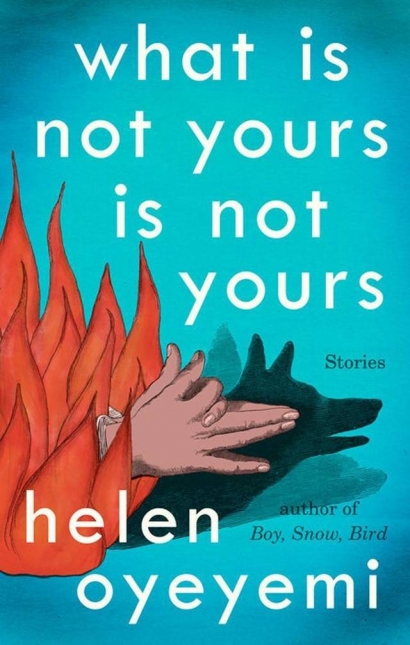 What if fairy tales had it right all along? That is, what if it’s true that we must endure an uncanny and brutal world through a thin veneer of civility and morality? Helen Oyeyemi specializes in showing us that world and, though it sprouts from her riotous imagination, convinces us that it was there all along.

Oyeyemi’s new book of stories, What Is Not Yours Is Not Yours, rests firmly in the modern world, but fairy-tale rules apply. In “Sorry Doesn’t Sweeten Her Tea,” a young girl, Aisha, becomes disillusioned after her celebrity idol brutally beats a prostitute, and his fans attack the victim on social media. Aisha recruits the mysterious Tyche to send Hecates — the goddess of doorways and transitions — after him, resulting in a long string of public apologies from the celebrity.

It takes time for the reader to realize that it is Aisha herself who is most changed by the experience, and one might be left wondering who Hecates was really guiding. In the last line of the story, Aisha coldly “reckons [the celebrity] is getting closer to identifying his mistake, and says he should keep trying.” The preteen she was at the beginning of the story — emotive, outraged, trusting, loving, appalled — is gone.

In “Is Your Blood as Red as This?” a group of student puppeteers works to hone their craft. Humans manipulate puppets, mostly. But some of the puppets were once human, some of the humans were once puppets, and in the end, the students find themselves manipulated by a master.

The marionettes are described as “not living, but one step away from living, always one step away. They know when human life is near them, and they need human life to be near them; it keeps them from going…wrong.” Two-thirds of the story is narrated by the oldest puppet. She tells us that “a person doesn’t easily recover from the sadness of finding that it’s not always affinity that draws us together (not always, not only)…”

The darkness of the stories doesn’t hide Oyeyemi’s humor and insight. Aisha reappears as a minor character in a later story, “Freddy Barrandov Checks…In?” Freddy observes that he is “a simple lad, unfortunately the kind that Aisha can’t really smile at unless she wants a boyfriend.”

Of the Hotel Glissando, which Freddy’s family operates, “There are three telephone booths in the lobby. Their numbers are automatically withheld and they’re mainly used for lies.” Freddy’s father was once “imprisoned for repairing the broken faces of clock towers without authorization. He’d incurred the wrath of those who require certain things not to work at all.”

The pulsating energy in these stories gives a new perspective on Oyeyemi’s last novel, Boy, Snow, Bird. A retelling of Snow White, the novel follows a woman (Boy) as she tries to protect her dark-skinned daughter (Bird) from the family’s worship of her white-skinned stepdaughter (Snow). This new story collection highlights the careful restraint that Oyeyemi exercised in the novel — she must have checked herself a thousand times as she worked. Boy, Snow, Bird is spare on the surface, but breathtaking partly because the reader senses the author’s depth. In What Is Not Yours Is Not Yours, the turbulent sea at work in Oyeyemi’s head is on display.

In every story, surprising and beautiful phrases fall carelessly from the author’s pen. Which is a good reminder for aspiring writers: Trust that your imagination is infinite. Creativity is not like currency; spending it doesn’t leave you with less. Thinking creatively inspires more creativity. Oyeyemi shows us what can be accomplished with absolute trust in the expansiveness of one’s imagination. If you’re feeling uncertain, just dip into What Is Not Yours Is Not Yours for the proof.

Guts, guns, and gangsters are all on display in this latest installment of the popular series.