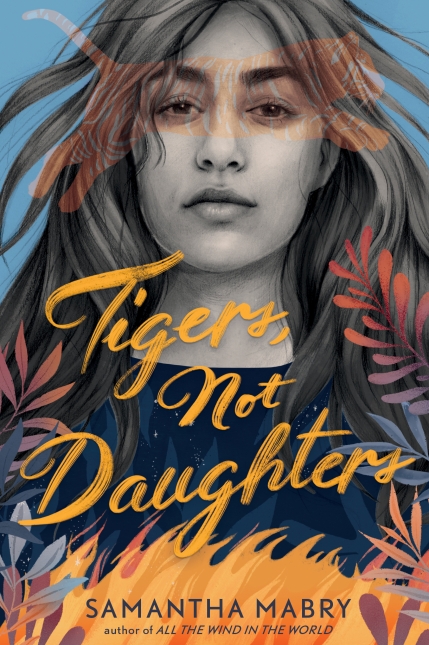 Everyone in Southtown knows the four Torres sisters. And everyone remembers the night they were caught trying to run away — especially the boys across the street, who flock to Hector's house at night to watch Ana, the eldest at almost 18, undress in her bedroom window.

While she does, they dream of all the ways they could save her from their "old neighborhood, with its old San Antonio families and its traditions so strong and deep we could practically feel them tugging at our heels when we walked across our yards."

If it wasn't for their infatuation and accidental intervention in the sisters’ escape attempt, everything might have been different. Ana would never have fallen from her window; she "wouldn’t have died two months later and her sisters wouldn’t have been forced to suffer at the hands of her angry ghost."

A year later, after "a brief but catastrophic mourning period," the girls’ widowed father is barely keeping it together. Jessica is trying to focus on her boring job at the pharmacy, her boyfriend, and not much else. Iridian hasn't left the house in weeks — all the better to read Ana's old supernatural romances and write the best scenes of her own. And Rosa, the youngest, always "more attentive than most people," tries to follow the signs — the connections — when a hyena goes missing from the zoo on the anniversary of Ana's death.

Set primarily over the course of 10 days, Tigers, Not Daughters follows the surviving sisters in close third-person as they move through the grief over Ana's death and the increasingly obvious signals that she isn't entirely gone.

Flashbacks narrated collectively by Hector's friends relate all of the ways in which the boys bear witness to the disasters that befall the Torres sisters and, more importantly, highlight "the many times we could have said or done something and, instead, we said and did nothing."

These multiple viewpoints allow the story to shift between the girls' linear narrations and the boys’ flashbacks that chronicle all the ways the sisters have been objectified — and failed — by the men in their lives.

This shift is especially obvious as Jessica repeatedly tries to move out of her overbearing and abusive boyfriend's shadow, “tired of boys pulling on her, attempting to invade the life she’d tried so hard to keep protected.”

Though each sister has her own journey to complete while making peace with Ana's sudden death, all three learn the importance of saving themselves — and each other — instead of remaining, as Iridian thinks, at the mercy of men “trying to leave their bruises all over her and her sisters.”

Throughout Tigers, Not Daughters, author Samantha Mabry blends elements of magical realism, moments of connection and grief, and genuinely eerie scares to create a story exploring the “magic in small things,” as well as a timely ode to sisterhood and feminism.