Tiger Girl and the Candy Kid 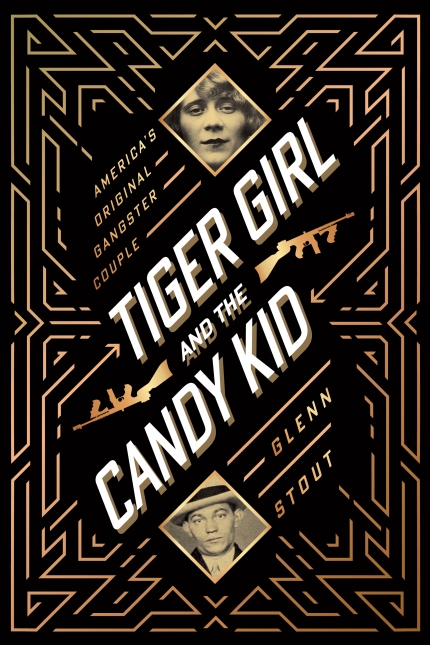 Margaret and Richard Whittemore may lack the name recognition of Bonnie and Clyde, but they were to the Roaring Twenties what their notorious successors were to the Depression Era — a dangerous, headline-grabbing outlaw couple.

The Whittemores seemed destined to remain a footnote in the history of 1920s lawlessness until their exploits caught the eye of Glenn Stout. The New England-based author has resurrected their story of fast living and doomed romance in Tiger Girl and the Candy Kid, a deep dive into a shadowy world of crooks, ex-cons, and big-time heists that has a lot to say about crime, punishment, and celebrity culture a century ago.

“They came of age just as a twisted pathway to a new warped version of the American Dream came into focus,” Stout writes, one based on instant gratification and “a mouthwatering appetite for the present.” In a decade when money talked, corruption was pervasive, and Prohibition made drinkers into criminals, breaking the law looked to some like “the fastest and easiest way to get ahead.”

This was the rags-to-riches path the Whittemores chose. He was the prototypical bad boy, running with the wrong crowd and graduating from reform school to prison. They grew up as neighbors in Baltimore and married young. Richard was arrested for burglary barely a week after the wedding and, by the time he completed his sentence for the crime in 1924, Margaret — a Flapper turned gun moll — had pulled her first armed robbery. They were soon at the heart of a gang that planned elaborate robberies in New York City and made off with cash and jewels worth millions in today’s dollars.

The stakes rose after Richard killed a prison guard during an escape, the first of at least three murders he would commit during his short, violent career. They were now truly a killer couple, almost as famous as Hollywood stars. In 1920s slang, “candy” was jewelry, so Richard’s nickname was apt for a jewel thief. Margaret was dubbed “Tiger Lil” — a reference to a female character in an early silent film — in the newspapers, and this quickly morphed into Tiger Girl.

Stout embeds his story in the “anything goes” ethos of the Jazz Age, showing how movies influenced their audiences, how newspapers feasted on every detail of the latest crimes, and how the lust for money seemed to corrupt everyone and pervade everything. And his insights and streetwise asides keep the narrative humming. “Bad was good, the cops were crooks, and the crooks were the heroes,” he notes at one point. The secret to the loyalty Richard inspired in the gang of gun-toting robbers he assembled? “The next best thing to being the guy everyone else feared,” the author explains, “was to be friends with the guy everyone feared.”

Stout discovered this hidden-gem story years ago while researching a previous book set in the 1920s. As he scanned microfilmed newspapers for that project, he was drawn to coverage of the couple’s crime spree. While he could find few surviving police records and court files, the detailed and colorful news coverage of the period made it possible to tell their story in vivid detail. He dedicates the book to “all the reporters, correspondents, columnists, sob sisters, ink-stained wretches, and journalists of the era,” whose long-ago efforts captured history as it unfolded.

Did the Tiger Girl and the Candy Kid get away with the loot? Or were they destined to die in a hail of bullets like Bonnie and Clyde? This is too good a tale to be spoiled here. Thanks to Stout’s meticulous research and storytelling skills, readers can hop into the getaway car, hit the gas, and take their own wild ride into the heart of the Roaring Twenties.

Dean Jobb is the author of Empire of Deception, the true story of a master swindler who scammed the elite of 1920s Chicago. His new book, The Case of the Murderous Dr. Cream, coming in July from Algonquin, recreates the hunt for a Victorian Era serial killer. He teaches in the MFA in Creative Nonfiction program at the University of King’s College in Halifax, Nova Scotia. Follow him on Twitter at @DeanJobb.