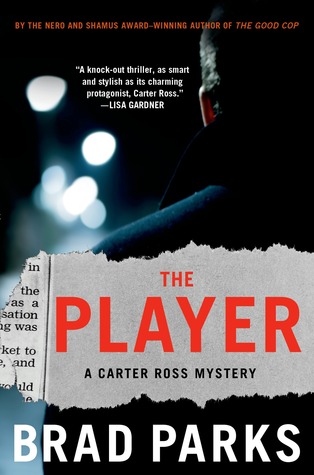 While covering an investigative lead in lovely downtown Newark, New Jersey, newspaper reporter Carter Morgan Ross, a man with three last names, leads the reader wryly through a maze of mystery. His inquiries into a mysterious flu-like illness that is killing residents of a Newark neighborhood lead him to suspect that a nearby construction site is causing the deaths. After Ross begins to show symptoms of the illness, the project’s developer is found murdered, and the reporter stumbles onto mob connections.

Meanwhile he has issues back at the office. Aside from pressures from the brass to come up with daily lead articles on the murder and its connection with suspected toxic waste at the construction site, his love life is complicated to say the least. Tina, his ex-lover and immediate supervisor, presents him with unwelcome news, his current girlfriend is a New Age handful, and his young intern, nicknamed Pigeon, is a young lady whose inability to hold her liquor causes a big misunderstanding.

This is the fifth installment in the mystery series by Brad Parks, winner of the trifecta of crime and mystery writer awards: the Shamus, Nero, and Lefty Awards. A former reporter for the Newark Star-Ledger, the author shows a feel for the newsroom and office politics that only a veteran can bring. The zany relationships among the newspaper staff form a backdrop to the sad picture of a waning print industry.

The vivid characters move this novel along for at least two-thirds of the way. They are well- drawn and appealing, beginning with Carter Ross himself. Our hero is not a down-and-out investigative reporter, but is well-educated: he graduated from Amherst and still remembers his German from high school. Who have you met recently who took German in high school? He wears khakis and button-down shirts and has the voice of a thirty-two-year-old who doesn’t have a big mortgage, or if he does have one, it isn’t on the top of his list of concerns. In addition to worrying about deadlines — Deadline, by the way, is the name of his cat — women are his main preoccupation, extending from a bossy mother to the intrepid intern Pigeon, who he feels he must shepherd along in the arcane ways of the press.

The voice of the protagonist sets the mood of this mystery. Ross regards the world with bemusement and there’s an engaging rhythm to his first-person narrative. Mind, the author can be serious when he addresses environmental cleanup issues, civic corruption, the class action lawsuit industry, and banking machinations, yet seldom does he become preachy, except when he wanders off and muses about the challenges of parenthood.

Fascinating characters live on the pages, from Carter Ross’ two girlfriends, each scary in her own delightful way, to the all-business mobster, to certain shady residents of Newark, to an heir whose position on environmental issues is as strong as his body odor. Here is how we meet the late Vaughn McAlister’s secretary: “She struck me as a woman who did not like surprises. Her immobile hairstyle, impeccable manicure, precisely applied makeup, and utterly clean desk suggested I was standing in front of a bit of a control freak.”

Then we have vivid descriptions from center city streets to a decaying mansion in the suburbs, until soon we don’t know where Parks is taking us on this trip, but we don’t want to hop off the ride. Sure it’s a mystery but there are so many excellent scenes that I found myself forgetting the plot and just enjoying the company of the characters.

The story line finally comes into play about two-thirds of the way through the book. We’ve met the principals, learned of the where and how of the crime, and now, as in all mysteries, we start digging to find who was the perpetrator and what was the motive.

The author plants the clues, gives us the plot twists, and throws out the red herrings. All aptly done. When the solution is revealed, it’s a surprise. Forty pages from the end I had fingered two logical suspects. I was wrong and, although some readers might find the solution a bit contrived, I paged back and yes, Parks had salted the clues throughout the book.

After the climactic scene and the results are in, the author has trouble wrapping up the story and gets a bit sappy in settling Carter Ross’s personal life. But the author is a well-regarded writer and this latest effort supports that reputation. Most readers of the mystery genre will enjoy this addition to Brad Parks’s series.

Arthur Kerns is a retired FBI supervisory special agent and past president of the Arizona chapter of the Association of Former Intelligence Officers (AFIO). His award-winning short fiction has appeared in numerous anthologies. Diversion Books, Inc. published his espionage thriller, The Riviera Contract, in 2013. Its sequel, The African Contract, is due out in 2014.