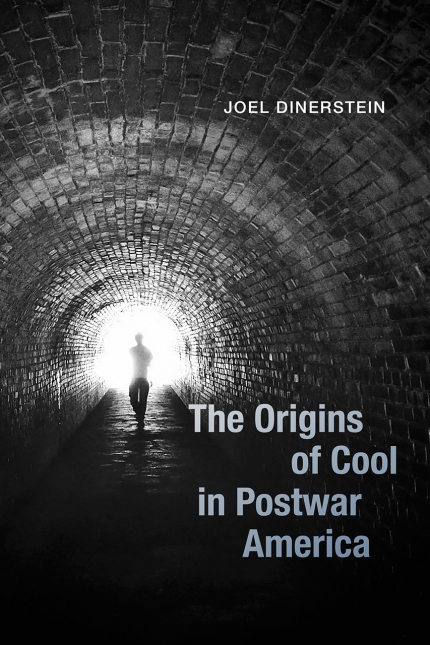 What do we mean when we say someone is cool? The wealth of expressions that feature the word — cool beans, playing it cool, too cool for school, cool as a cucumber, a cool customer, to name just a few — usually imply a laidback attitude, someone who’s relaxed and confident with a touch of detachment.

A cool person understands who they are, projects it with confidence, and doesn’t really care much what we think about it.

But those who pioneered the emotionally controlled, individualistic sensibility we identify with cool had to navigate challenges associated with racism, homophobia, sexism, social conformity, and more.

In Joel Dinerstein’s The Origins of Cool in Postwar America, the author chronicles the evolving concept of cool in American culture in the two decades following World War II, as exemplified by groundbreaking artists from fields that include literature, jazz, film, and popular music.

In his examination of what we mean when we characterize a person as cool and how and why this concept emerged, Dinerstein, an English professor at Tulane University, engagingly illuminates the complex origins of the word and how its early icons responded to create the image and persona we recognize today.

According to Dinerstein, jazz saxophonist Lester Young first popularized the phrase “I’m cool” in the mid-1940s. “Given the racism of the Jim Crow era, Young meant something like ‘I’m keeping it together — in my psyche and spirit — amid oppressive social forces,’” he writes.

Styles and slang from the jazz subculture spread quickly, so “the word ‘cool’ was quickly adopted by writers and artists with an ear to both jazz and the street, such as Kerouac, Norman Mailer, and Leonard Bernstein.”

Another Young fan who became the personification of loner/rebel cool is Clint Eastwood. As a teenager, he admired the soloing jazz artist who “creates spontaneous art on a blank aural canvas: this artistic practice imprinted Eastwood with a heroic ideal.” Eastwood’s notion of cool, according to film critic David Denby, “slightly aloof, giving only the central satisfaction and withholding everything else — is derived from those [jazz] musicians.”

Dinerstein goes on to explore many facets of cool via those who shaped the concept: Humphrey Bogart (“a symbol of the emotional costs of working through the instability and uncertainty of the sacrifices of the so-called Greatest Generation”); Billie Holiday (“Within her vocal artistry was pain and suffering, affirmation and survival: she gave the gift of dignity, acceptance, and freedom”); and the aforementioned Kerouac (“He was a seeker modeling a quest for spirituality through the creative process, literary practice, Buddhist methods, and African-American music”).

Using theirs and others’ stories, he develops an ever-more-nuanced portrait of cool that progresses from film noir through Method acting and existentialism to rock ‘n’ roll, and features as examples Miles Davis, Frank Sinatra, and James Dean, among others. There’s also a dissection of hip versus cool (Paul Newman and Joanne Woodward are hip; Sidney Poitier and Diahann Carroll are cool) and a fascinating analysis of activist/author Lorraine Hansberry and her groundbreaking play, A Raisin in the Sun.

As the timeline advances, Dinerstein makes a case for the idea of cool pushing society forward into the cultural shifts of the 1960s: It was “a form of cultural politics necessary for the transition to social protest.”

He moves from Louis Armstrong’s stereotypical movie roles to independent films with interracial couples, and finally to the legacy heroic badasses, the Jason Bournes or Easy Rawlinses: “A solitary, cynical, lone wolf, familiar enough with his dark side and ethical anger to commit violently criminal acts on behalf of a nominally democratic system of justice.”

In the end, we have greater appreciation for the tremendous resilience and bravery of these pioneers as they navigate a compelling era — as well as the ways in which dramatic societal shifts demand that we all rise to the challenge. And gaining these insights from the thoughtful and entertaining analysis of a word is, well, cool.

Paula Novash writes and edits in disciplines that include neuroscience, philanthropy, and higher education. She can be reached at plnovash@gmail.com.

Burning the Reichstag: An Investigation into the Third Reich’s Enduring Mystery

A fascinating whodunnit about arson in pre-WWII Nazi Germany that created a dictator and changed the course of history.