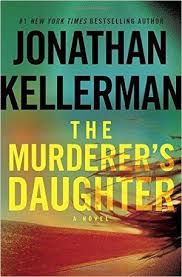 When it comes to psychological thrillers, Jonathan Kellerman has been at the top of the heap for three decades. His Alex Delaware series is an institution. In this truly frightening stand-alone effort (though Delaware is briefly mentioned), Kellerman introduces a character who could conceivably head a new series.

Gorgeous Dr. Grace Blades, a brainy 34-year-old, has a private practice as a psychologist who aids victims of trauma. However, she is a victim of childhood trauma with the capacity to wreak havoc on others. Her sense of justice is very personal.

We first meet Grace at the age of 5, the neglected child of an unmarried pair of slackers, Ardis and Dodie, who hold menial restaurant jobs and barely exist in a cruddy trailer park. Grace learns to take care of herself and teaches herself how to read. She’s a prodigy in a cultural wasteland.

After this brief introduction, the author takes us almost 30 years ahead, providing several chapters on the successful Dr. Blades. They reveal her skilled and caring professionalism, her ethical business practices, and her quiet confidence.

We also discover the risk-taker part of Grace that vies with her control-freak dimension. Self-control and self-stimulation alternate like a perilous seesaw trying to reach a point of balance.

Structurally, the narration involves two alternating timelines. One focuses on a short period of present time in the life of Grace the psychotherapist and thrill-seeker. The other takes us through several stages of her development, usually marked by a change in the institution or foster home where she resides.

Eventually, of course, the timelines meet. Along the way, Kellerman provides a detailed exploration of how children in such circumstances are likely to be treated and what the consequences might be. More importantly, he builds our understanding of how Grace in her mid-30s is a product of the nurturing — or lack of it — she received during her development. She is also a product of her own willpower and self-creation.

Part of Grace’s preparation for life is watching her parents wage bloody war upon each other. Her mother, Dodie, stabs her tormenter, Ardis, her father, who dies. Then Dodie plunges the knife into herself, first instructing Grace to remember what she sees.

Grown-up Grace enjoys exercising power, particularly sexual power, over men. She lives a secret nightlife of trysts in which she is the controlling temptress. On the occasion that drives the main plot, Grace rehearses some lies, dresses to kill (pardon me), and goes to a bar expecting to entice a partner for the evening. A man calling himself Roger takes the bait.

It is quite a night, but, as usual, Grace is only interested in one-night stands. Soon after, she somewhat reluctantly accepts a new patient who pleads emergency. The man who shows up, now calling himself Andrew Toner, seems as shocked as Grace when they recognize one another in her office. Yet Roger/Andrew knows Grace is the psychologist best suited to help him. His research has led him to select her. He is not bothered by their recent intimacy. Maybe it’s fate?

Warning signals go off that lead Grace to refuse any further connection. Something in his story reminds her a bit too much of incidents in her own youth. But soon after their appointment, a homicide detective comes to interview her; her card was found in the now-dead Andrew’s shoe.

The past is pushing its way into the present, and Grace needs to avoid any entanglements, especially with the law, that will reveal her scandalous secret life. As is her pattern, she alone will do what she believes needs to be done.

Her investigation takes her back to other youths she encountered in foster care and to the frightening discovery that foster parents have been murdered. Naturally, Grace herself seems to be someone’s target.

As gruesome-attractive as it is, Kellerman’s tightly wound, well-managed, and clever storyline is not the only source for reader admiration.

His characterization of Grace, notably her whip-sharp processing of information, is splendid. Not only can she use a computer expertly, she also functions like one. Her skills in self-defense, her ability to plan carefully and then think on her feet if a plan is punctured, and her mixture of caution and carelessness are all magically drawn and shaded.

Her coldness is a self-enforced emotional disengagement. Grace needs to keep her mental focus. She learned long ago how to control her emotions — or fake them. Her mind is her survival tool.

There are many fine subordinate characters, too, including the loving couple, Malcom and Sophie, who parent her to maturity and mentor her to professional superiority. Their skill at negotiating boundaries is a necessary asset in dealing with Grace’s need for privacy, autonomy, and acceptance.

Once again, Kellerman proves a master at moving us around the greater Los Angeles map, usually along with Grace as she rockets about in her Aston Martin. One can feel the car in motion and share Grace’s connection with the machine. Visits to Berkeley and thereabouts are also handled with assurance and authority.

Some early readers have expressed dismay with Grace’s aforementioned coldness, and with the lack of a conventional resolution. Things seem to be hanging as we leave Grace hanging from a zip line in a Costa Rican rainforest. What’s that all about?

The Murderer’s Daughter mixes genre features with the richness and resonance of literary fiction. It is much more than mere entertainment.  For this reader, Grace’s case is not closed. I smell a sequel — or maybe a movie.