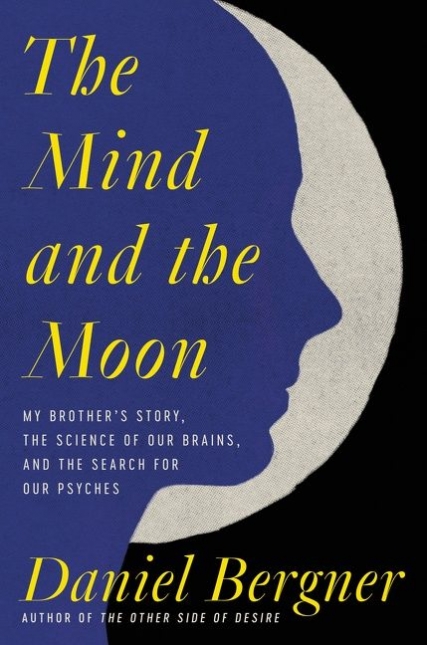 In The Mind and the Moon, journalist Daniel Bergner relays a parable. A traveler, coming upon a peacock for the first time, takes it to be some kind of freak. Concerned for its wellbeing, the traveler removes its feathers, trims its beak, and paints it to look like a guinea fowl, a bird the traveler knows well. With this story in mind, the book asks: Does psychiatry’s focus on medication to treat mental illness mimic the traveler’s error?

Bergner reviews the horrific history of mental illness “treatments” going back centuries. Today’s medications, though problematic, are superior to those from the 1960s. And 1960s medications, even with their awful side effects, far beat out the lobotomies and other tortures of the more distant past. No one was exempt. Even British King George III’s treatment, as relayed by Bergner, would make most of us long for the comfort of a CIA black site. I’ll never listen to “Hamilton” in quite the same way again.

But the book’s focus is the nearly ubiquitous use of medication today, as relayed primarily through the stories of individual patients, including Bergner’s brother Bob. Though they’ve improved over time, psychiatric drugs still can lead to devastating side effects, including extreme weight gain and Parkinson’s-like shaking. Doses must often be adjusted repeatedly, and different prescriptions combined, with unpredictable effects. Plus, once they’ve taken hold, removing drugs from a patient’s system may lead to other issues.

While how these medications work is no longer a complete black box, Bergner’s discussions with scientists reveal there is still much left to discover. For instance, we don’t fully understand the relationship between serotonin levels in the brain and mental illness. So while a drug can be targeted to adjust serotonin levels, exactly how that relates to psychotic episodes remains hazy. To me, the whole endeavor sounds a bit like throwing shit at the wall to see what sticks.

Beyond that, Bergner argues, the institutions devoted to psychiatric treatment are deeply flawed. He tells the story of Caroline, an inpatient who quickly learns the perils of admitting any suicidal thoughts. Instead, patients secretly discuss the topic among themselves. But when she becomes a trustee, her old friends can no longer confide in her, even when they’re in genuine need. What is the point, Caroline wonders, of treating any mention of suicide as an emergency when doing so merely forces people to hide their thoughts and feelings?

Caroline ultimately begins working with a group that takes a different approach, providing a forum to discuss suicide without facing consequences. This is just one of the alternatives Bergner reports on. Another is Soteria, a treatment method wherein psychiatric illnesses are accepted as part of one’s personality, and patients decide for themselves whether to be medicated.

These approaches are difficult and sometimes counterintuitive, and they remain on the fringes. Powerful drug companies do not wish to lose revenue. But even more problematic in Bergner’s view is that psychiatry as a field has — at least since the 1960s — sought more respectability by taking a “scientific” approach to diagnosing and treating mental illness. In practice, this leaves little room for messy, individualized therapies. Yet drugs treat the brain as an organ, not the mind as a source of personality and individuality. The relationship between brain and mind — and where mental illness fits into it — remains poorly understood. There is so much we still don’t know.

Bergner’s narrative approach lets him tell individual tales in great detail, and as an experienced journalist, he brings them vividly to life. Through recounting their struggles, their pain, and their triumphs, he helps us see Caroline, Bob, and the others as far more than just “mental patients.” Still, this approach comes with a weakness: Relying so heavily on such a few people leads to questions about how well they represent the big picture.

That one of the stories centers on Bergner’s own brother makes the book more personal and heartfelt while also revealing its strong bias. I wondered whether the author could have found equally compelling stories of patients whose suffering has been alleviated — and their lives vastly improved — by medication.

But perhaps this misses the point. Perhaps, above all else, Bergner is urging us to respect each other’s uniqueness. Especially at a time when mental illness seems to be everywhere, those struggling need not be transformed into guinea fowl. After all, stripped of its plumage, a peacock remains a peacock. But it cannot show the world its beauty anymore.

Josh Trapani is a writer and editor based in Washington, DC. His latest short story will appear in the Delmarva Review later this year.

In this real-life thriller, a reporter follows the trail of a remarkable deceiver.