The Lost Ones: A Novel

This atmospheric Canadian noir about a hard-bitten, mixed-heritage detective will keep you turning pages. 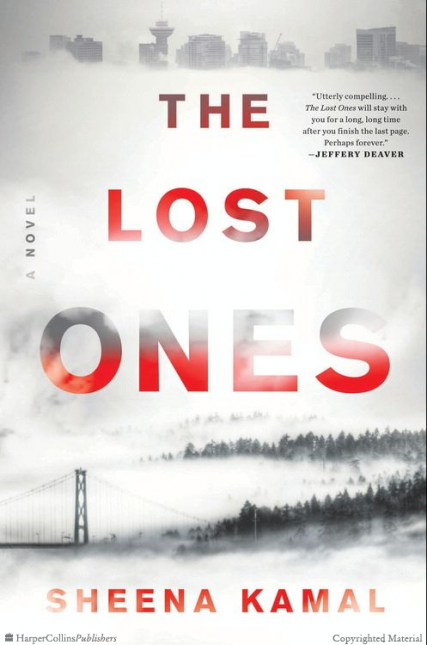 Nora Watts has witnessed the aftermath of her indigenous father’s suicide, lived unloved in foster care, and been rejected by her more assimilated sister. An alcoholic and a rape survivor, Nora lives on the edge of society, working as receptionist, research assistant, and human lie-detector for an investigator and a journalist located in a down-and-out part of Vancouver.

Finding people is also part of what Nora does for her bosses. As The Lost Ones begins, she receives an early morning phone call from a couple who want her to find their runaway daughter. The catch: Their daughter, Bonnie, is adopted, and Nora is her birth mother. (Bonnie was the product of Nora’s rape 15 years before.)

Hearing this description of the book’s plot, I feared that this novel, though billed as a mystery, would turn out to be a maudlin, three-handkerchief mother-daughter reunion story. How happily wrong I was!

Nora Watts is a noir antihero, a true female counterpart to the male of genre. She’s tough, trusts no one, and will cut corners and break rules in order to get to the truth — whether that requires stealing cars, impersonating delivery people, hitting opponents with a tire iron, or taking advantage of people who may only be trying to help her. Her vulnerabilities and doubts, though, remain just beneath the surface.

This novel may well be compared with Stieg Larsson’s The Girl with the Dragon Tattoo, and Nora Watts with Larsson’s Lisbeth Salander. Each novel has a bleak, atmospheric northern setting that lends it a melancholy mood, and the two women each have a traumatic past that has shaped them. There is also an element of corruption at the center of each novel (though, the governmental and class causes are more central in Larsson’s book than in The Lost Ones). Certainly, if readers like Larsson’s book, they should enjoy this one as well.

But there are important differences. While Lisbeth is interesting because we don’t know how she thinks, one is intrigued by Nora precisely because of our direct exposure to how she thinks: her harsh view of the world, but also her doubts and insecurities.

Although Nora’s hardened worldview emanates from personal trauma, she carries the style of cynicism exhibited by Dashiell Hammett’s Sam Spade and Raymond Chandler’s Philip Marlowe, the classic detectives of the noir genre. At one point, Nora observes, “Don’t trust people who are nice to you and ask nothing in return. These are the people who want something and usually you have to figure out what it is.”

At another point, when a pursuer tells her, “Don’t be scared,” she observes, “That’s the worst thing you could say in this situation. Fear is our warning system. It’s what keeps us alive. He should have said, ‘Be very afraid, the odds are against you.’ I would have respected that.”

Nora also exhibits her own version of the Spade/Marlowe dark, sardonic humor. When she leaves a betrayer tied up, she notes, “I stuff a pair of his shorts into his mouth. It’s a clean pair. I’m not a monster.”

Like Spade and Marlowe, too, Nora has her own moral code, but she also has heart. In a subplot, her bosses have her locating a missing witness to a gang crime. She finds him, but says that she has not. Why? Because, as she notes, “I can’t forget the look of fear on Harrison Baichwal’s face. Fear for his family. It moved something in me.”

The backdrop of The Lost Ones, with its references to Nora’s indigenous roots and the problem of Canadian police ignoring the disappearance of indigenous girls and women, is reminiscent of the unfriendly world black people traverse in Walter Moseley’s Easy Rollins novels.

Rollins is often pulled into investigations because, as a black man, he can reach people who won’t talk to white authority figures. He can go where they cannot. Similarly, Nora’s indigenous background and looks allow her to move amongst the rich and powerful because they assume she is a delivery person, a yard-worker, or a maid, and thus not worthy of notice.

The Lost Ones moves at a fast pace and is tightly written. That given, it still has its poetic moments: “Out on the streets, I have the advantage...I am transparent, like the rainwater that falls down on us now in a fine mist, and so I melt into the damp pavement and flow through the city, keeping to the dirty puddles and stench of human waste. The places no one else would think to go.”

If the book has any flaws, they are small and toward the latter part of the novel. The mystery’s resolution may, to some, seem somewhat constructed rather than organic. Some of Nora’s ruses tend to be similar, as are some of the minor characters she encounters, and a few of her pursuits may be thought unnecessary red herrings.

But the plot in Raymond Chandler’s The Big Sleep is famously impenetrable. The plots of Walter Moseley’s Easy Rollins books often become convoluted and somewhat rambling by the end. However, none of that matters. The style and the strength of the characters carry these authors’ books. Likewise, Nora’s unique and intriguing nature — her way of seeing the world — carries one along and keeps one wanting to read on to the end.

Jessie Seigel is an associate editor at the Potomac Review. Her fiction has appeared in numerous publications, including Ontario Review, Gargoyle, Peacock Journal, and the anthology Electric Grace. She also writes on writing at the Adventurous Writer.