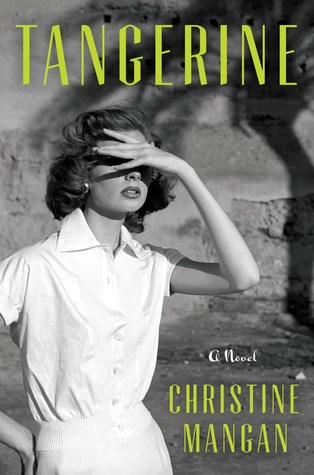 Marriages aren’t the only partnerships that aspire to have and to hold. Love, in its many forms, often blurs the distinction between adoring someone and wanting to possess them. After all, admiring someone often suggests that you wish you had at least some of their attributes, like a friend’s beauty or good humor.

In Christine Mangan’s debut novel, Tangerine, Lucy and Alice admire one another. Lucy loves Alice’s tentative smile, and Alice envies Lucy’s striking beauty. They were inseparable college roommates, but a mysterious, terrible accident tore them apart in their final school year. In the aftermath, Alice quickly married a man she barely knew, and he whisked her off to Tangier.

A year later, in 1956, Lucy surprises Alice by arriving unannounced at the bohemian apartment Alice shares with her new husband, John. When Lucy calls up from the street for Alice to let her in, we’re not sure what sort of reunion to expect. Alice is obviously fragile, struggling with intense anxiety and loneliness. Lucy is confident but mysterious. It’s not clear how she found Alice or what she wants.

Alice has barely left her apartment in Tangier, where her husband is eager to leave her as he gallivants about town spending her inheritance. At first, John tries to play the gentleman with Lucy, but he quickly decides her lower-class upbringing and working-girl lifestyle are beneath him. His hostility to Alice’s old friend irritates his wife, and slowly, the two women re-establish their old, damaged friendship.

In alternating first-person chapters, Alice and Lucy tell the story of their reconciliation in Tangier and the mysterious tragedy that separated them a year earlier in Vermont. It eventually becomes clear how their college relationship soured so terribly, but the young women’s future together is murky.

Mangan plays up the tension with an expert touch: Alice and Lucy walk the twisted streets of Tangier, just weeks before Morocco formalizes its independence, and they each tell conflicting narratives that leave the reader wondering just who is telling the truth, and whether any malevolence lies in wait among those cracks between the two stories, like the shadows of a narrow kasbah alleyway.

This is a novel that drinks at the same bar as Patricia Highsmith’s The Talented Mr. Ripley, and there are echoes of that same dance of desire and possession here. But Alice and Lucy’s story is certainly a cocktail of its own — perhaps a dirty martini to Highsmith’s vodka tonic.

The hot, hazy atmosphere of Tangier infuses the novel with its own exoticism, and the relationship between Alice and Lucy is far more complex than that of Highsmith’s Tom and Dickie. (And don’t worry, no one bashes anyone’s head in with a boat paddle.)

That said, there are a few murders and complicated scams in this book, all of which add up to hungry, page-turning reading. Alice’s self-sabotaging fragility was frustrating, but it didn’t keep me from wanting to know just how she and Lucy resolve their affections and antagonisms.

The two men buzzing at the periphery of Alice and Lucy’s time in Tangier, John and a local man named Yusef, both inhabit the city more deeply than either of the women. Yusef is a known con artist, whereas John takes a lover and has a mysterious day job that allows him a detailed knowledge of the city’s bars and jazz clubs. But it’s Lucy who earns the title “Tangerine,” meaning a resident of Tangier, when Yusef takes her to see the “real” city.

“Morocco is your home,” he says.

Lucy considers the proposition, then agrees. “Here I could finally write something of my own…as Alice and I had dreamed, together. And if that meant making Morocco my own, I was prepared to do just that,” she concludes.

Or so she claims, but it was Alice who was there first.

Alice and Lucy’s complicated relationship has shades of eroticism, covetousness, and understanding, and it takes the intimacy of being together in a foreign land to reveal their truth. That disclosure, however, unleashes a race of wits. Though neither woman stays in Tangier, the contest between them is ultimately judged on the basis of who can best bend the sweltering city to her wishes. The result is chilling.

Carrie Callaghan is a senior editor with the Washington Independent Review of Books; she lives in Silver Spring, MD, with her family. Her debut novel, A Light of Her Own, is forthcoming in November. Find her on Twitter at @carriecallaghan.

The author’s first collection sets a surreal world spinning on an axis of displacement.