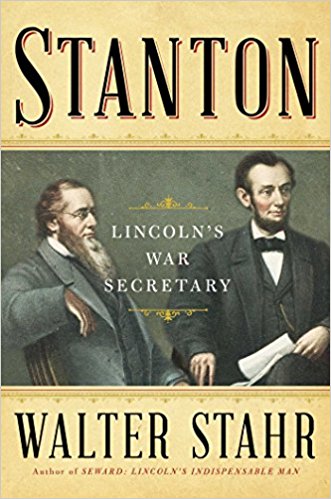 When Abraham Lincoln was sworn in as the nation’s 16th president in March of 1861, the United States was falling apart. Literally. Southern slave states didn’t even put him on the ballot, and he squeaked into office with roughly 40 percent of the vote in a four-man race. In the 16 weeks between his election and inauguration, seven Southern states seceded.

Lincoln was the first Republican president in a nation of mostly Democrats, North and South, but the Northern Democrats were anti-slavery and called for him to go to war to preserve the Union. But Lincoln had serious problems. His first general-in-chief of the Union Army, George McClellan, wanted a large force but refused to fight, and his first secretary of war, a corrupt and incompetent man named Simon Cameron, had no idea how to run what we now call the Defense Department.

The early days of the war did not go well for the North. It was one defeat after another, with discouragement thrown in for good measure. Northern Democratic newspapers howled and demanded that Lincoln do something.

He replaced Cameron with Edwin Stanton, a lifelong Democrat who today would be called a Washington super-lawyer, a man well connected in the capital city. Walter Stahr’s fascinating new biography, Stanton: Lincoln’s War Secretary, is a treasure trove of facts about the man and a detailed account of the Civil War years that reminds us Washington was as much of a political mess in those years as it is today.

Stanton was born along the banks of the Ohio River in 1814 near Steubenville, Ohio, in what was then the Western frontier. His father died when he was a teenager, and Stanton was forced to assume family responsibilities.

Eventually, though, he found his way to an apprenticeship with a judge, who trained him in the law. As a frontier lawyer, Stanton made the acquaintance of another up-and-coming attorney named Abraham Lincoln who, according to reports at the time, he didn’t much care for.

The first part of the book, covering Stanton’s early career, drags in spots as Stahr goes into sometimes-numbing detail about his time as a country lawyer. Stanton was good at law. He took on bigger cases and eventually found his way to Washington to argue before the Supreme Court.

He was not well liked but was respected for his legal mind, and that got him into ever-more-powerful circles. One of his friends was James Buchanan, who has the dubious distinction of being one of America’s worst presidents. Stanton served as Buchanan’s attorney general for three months and left government the day Lincoln was sworn in.

A year later, Stanton was back in government, replacing Secretary of War Cameron, who by acclamation was not up to the job. Lincoln, ever the politician, decided to send Cameron to Russia as the American minister, there to wine and dine royalty without any real responsibilities.

Lincoln’s challenge was to convince Republicans that Democrat Stanton was the right man to run the war. Crucially, Stanton had the support of Secretary of State William Seward. Stanton was so well respected that even Northern Democratic newspapers praised him, but he was not personally admired. One Union officer described him as “a long-haired, fat, oily, politician-looking man.”

From here, Stahr’s book moves into gripping accounts of how the Lincoln administration functioned during the Civil War. As the story unfolds, we learn that there was no telegraph center in the White House, so Lincoln spent time in Stanton’s office next door, sprawled on a couch, waiting for news of the war. Right after the victory at Gettysburg, draft riots broke out in New York and other cities, and Stanton and Lincoln were forced to send troops to restore order.

Stahr’s book shows that Stanton may well have been as important to holding the Union together as Lincoln. He had a talent and ruthlessness that allowed him to organize the Army and deal with generals who either disobeyed orders or ignored them altogether.

Stanton also had many friends in Congress and could cajole them into providing the money to pay for the war and to support Lincoln’s policy of not accommodating the South’s peace feelers that would have either produced two nations (by treaty) or allowed the South to keep its slaves.

The great celebration that came with the eventual victory over the Confederacy lasted only days. On the night of April 14, 1865, two men came to Stanton’s home in Washington with word that Lincoln had been shot and that Secretary of State Seward was grievously wounded. Seward would survive, but Lincoln lay dying across the street from Ford’s Theatre.

Stanton’s last official act for Abraham Lincoln was to organize the search for John Wilkes Booth and the others who were part of the assassination plot. He was disappointed that Booth was killed by federal troops because he wanted to question him. The other assassins were arrested and found guilty, and Stanton supported hanging them, which they were.

After serving President Andrew Johnson, Stanton left government during the campaign of 1868. He died on Christmas Eve 1869. There are many biographies of Stanton, but Stahr’s will stand out as one of the finest and most detailed. This is a book for both scholars of Civil War history and general readers who have a deep interest in that period. Stahr’s final words about the man are these: “So Stanton was not a good man, but he was a great man. He played a central role in winning the central war in American history.”

Larry Matthews is an author and former journalist. His new book is Nine Millimeter Solution, due out in the fall of 2017. His website is larrymatthews.net.