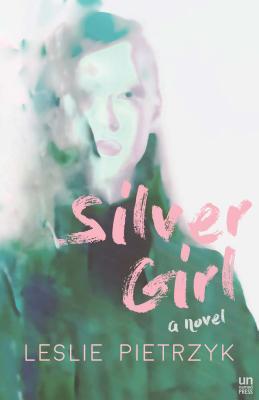 I had a roommate who, when faced with doing anything unpleasant or distasteful, would say: “I’d rather take a Tylenol.” It was the early 80s. It was Chicago. We were young and newly on our own, and everyone knew precisely what she meant.

There was a Tylenol killer on the loose, poisoning capsules and stuffing them into bottles sold at the drugstore down the street from our apartment, maybe the very bottle we had on our bathroom shelf.

This 1980s Chicago and its nearby suburbs, where the Tylenol killer was doing his ruthless, dangerous thing, is the backdrop of Silver Girl, the affecting new novel by Leslie Pietrzyk. A young woman makes her way from an impoverished, abusive home in Iowa to Northwestern University, where she finds herself among other students who are considerably more privileged.

They are richer, prettier, better connected; they possess nice cars and expensive clothes and a confidence that comes from never having to do without. The young woman narrator is unnamed, making her a sort of everywoman, and underscoring how she believes herself to be without value except in her interactions with the other named characters.

Silver Girl is entirely this woman’s story, though, despite (or because of?) her engagement with the stories of everyone else who surrounds her. And a compelling, provocative story it is.

Relationships are the meaty center of this coming-of-age tale, and they propel its action as the main character defines herself relative to others: There’s the narrator and her younger, quieter sister, Grace, “She was dopey and dreamy, a girl who lost mittens and didn’t like to talk…” to whom she tells made-up stories of the Silver Girl.

There’s also the indelible presence of the narrator’s uncle, “…the tang of cigarette smoke and butts coiled around him, shadows of rough brown liquor on his breath and smelling of something more, something leathery and sweaty that made me think of the secret pleasure of working a hunk of gristle: this essence later what I sought in every man.”

Then there is the narrator and her best friend, the well-heeled, beautiful Jess, whose own little sister, Linda, dies in a mysterious car crash.

There are other friends and lovers who populate these pages, whose lives (and, in one case, death) affect the four years spent just outside Chicago by this hungrily complex girl-woman.

Things happen during these four years, some small: “Jess and I kept lists”; some big: “‘My mom ate one of those poisoned pills,’ Penny said.” But we come to know that what happened before — the difficulties the narrator worked so hard to overcome — are what lurks in the shadows, adjacent to the central story.

“It’s hard to think back,” she tells us, and because it is, bits of the story emerge like fragments of memory.

“The snow came and wouldn’t leave, only accumulated, until the concept of ‘white’ was a thing to loathe. The low grey of every day’s same sky; slush ribboning the streets, piling up along the curbs, and the smacking sound of tires rolling through the mass of it; the scrape of shovels battering against cement…And the wind. The wind, the wind. That Chicago wind.”

That wind — just one of the many things this narrator struggles through.

Her coping skills are many; she speaks of them in an unwavering, inviting voice. A little thievery (she is so very broke), studying in the library carrels, chewing baby aspirin (not Tylenol) for her headaches, attending frat parties, making up stories, holding secrets and lies, and having (mostly) consensual, recreational sex.

This narrator is both in control and not, powerful and prey, willing and used; she is a complicated woman grappling with imperfect situations. At one point, she considers how the media and authorities never suspect the Tylenol killer might be female:

“We don’t know half the ways poison infiltrates,” the narrator overhears at a frat party, and that is the inspired wisdom of this beautiful, bleak, and hopeful story. We don’t know. But that won’t keep us from trying to it figure it out.

Patricia Ann McNair’s short-story collection, The Temple of Air, was named the Chicago Writers Association’s Book of the Year and won Southern Illinois University’s Devil’s Kitchen Readers Award and a Society of Midland Authors Finalist Award. And These Are the Good Times, an essay collection, was recently released. She teaches creative writing at Columbia College in Chicago.