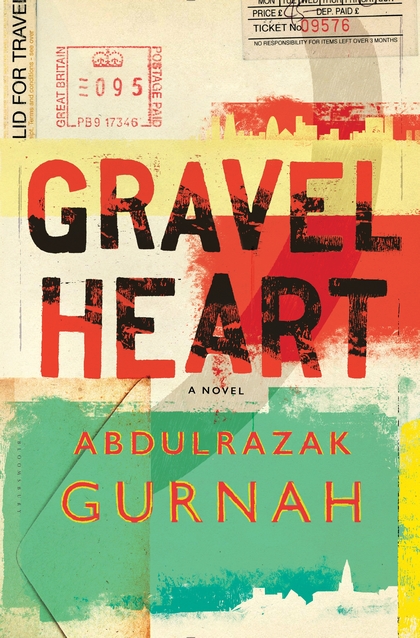 While an astute fan of Shakespeare might pick up the reference in the title of Abdulrazak Gurnah’s latest novel, Gravel Heart, the rest of us need to reach the last chapter, in which the protagonist, Salim, explains the plot of Measure for Measure. For it is in this play that the Bard penned these words: “Unfit to live or die. O, gravel heart!”

Shakespeare’s line of dialogue refers to a minor character, a prisoner, as being unfit to live or die. In Gurnah’s book, Salim is a figurative prisoner, held captive by a mystery that happened when he was 7 years old: His father moved out of their home in Zanzibar with no explanation, never to return. From then onward, Salim remains in a kind of limbo, neither dead nor fully alive, a hostage to the secrets kept by his family.

After his father moves into a tiny room at the back of a shop, Salim is dispatched daily by his mother to deliver him lunch. Even when a new man appears in her life, his mother remains tightlipped.

His father is even less forthcoming, and Salim’s visits prove depressing and embarrassing: “He was about thirty and the signs of age in his young face made people stare at him…I was ashamed of his abjectness and lethargy.”

Ironically, Salim finds the biggest clues to his father’s mystery not in Zanzibar, but more than 4,000 miles away in England, where he moves as a teenager to study, sponsored by his diplomat uncle.

In England, Salim’s feeling of not fitting in because of his parent’s secret expands exponentially. Like his father, he no longer has a real home. Gurnah — himself an African immigrant — mines the immigrant experience of displacement, the sense of not belonging in either one’s place of birth or one’s place of residence. In that way, his book hardly navigates new waters. But what sets Gravel Heart apart from the many other books on the immigrant experience are Gurnah’s deeper themes.

As the author explained in a recent interview in the National, “I want to entertain people, but I also want to advance the way we all understand things — just one little inch forward with each book.”

In Gravel Heart, he succeeds at both of his goals, entertaining the reader while also offering up some universal truths.

One of these truths is about the weight of secrets and the power of things unsaid. Not only do Salim’s parents keep information from him as a child; he, in turn, keeps secrets from his mother when he moves to England, sending light missives while keeping a notebook of unsent letters that reveal his real thoughts and feelings.

What obligations do we have to share our darkest secrets with family members? Or is it an act of love to hide them?

When Salim finally shares his turmoil over his father, it is with a woman he loves. Afterward, he feels conflicted: “I felt humbled by my need, a betrayer, hawking my agony for her sympathy, but she said no, it was a line we had to cross. You have to talk about the things that cause you pain.”

Another truth in the novel is the ripple effects of political upheavals, in this case Zanzibar’s 1964 revolution. Decades after one grandfather is arrested and killed in the revolution and another flees the country, these events directly impact the choices made by Salim’s mother, which lead, in turn, to his father’s abandonment, ultimately causing permanent fallout in Salim’s life. Reaching further back in time, the consequences of colonialism are always just beneath the surface, especially as Salim navigates the world of the Brits, his former colonizers.

And finally, even though Gurnah delves mostly into the mind of Salim — and briefly, into his father’s — the book speaks volumes about the lot of women. Again, the power lies in what is not said; specifically, the perspective of his mother. By leaving her version of events unspoken, the effect, at least for this reader, was haunting, underscoring how much women are still exploited by men, their voices still unheard.

Toward the end of the novel, Salim’s father tries to fill in some of the remaining blanks for his son, unknowingly shedding light on the parallels between the book and Measure for Measure. Gurnah’s modern retelling of Shakespeare’s play brings to mind the Hogarth Shakespeare project, a series of the Bard’s works retold by acclaimed novelists of today, including Margaret Atwood, Gillian Flynn, and Anne Tyler. Although Gravel Heart is not one of their eight published or forthcoming books, one can’t help but wonder if Gurnah was somehow inspired by this project.

Whether he set out intentionally to write a version of Measure for Measure in modern-day Zanzibar, or whether the parallels only became evident once Gurnah was well into the process of writing his book, Gravel Heart is much more than the story of a boy trying to uncover his family’s secret. Ultimately, it’s a story about trying find one’s place in the world — and that’s something we can all to relate to.

Susi Wyss is author of The Civilized World, a book of fiction set across Africa that was largely inspired by her 20-year career in international health. In addition to receiving the Maria Thomas Fiction Award, The Civilized World was named a “Book to Pick Up Now” by O, the Oprah Magazine.