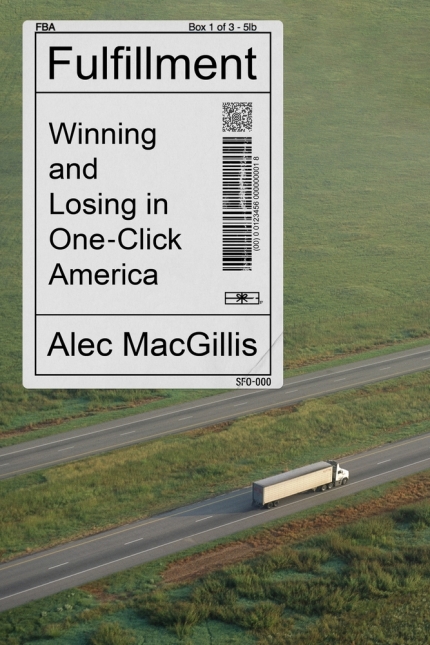 It’s almost charming to think that Amazon began life as an online bookshop. Its founder, Jeff Bezos (sometimes worth more than $200 billion), had no special affection for printed matter. Books were just an easy product for a former hedge fund manager to sell. They’re easy to store, easy to ship, they don’t spoil, and they come in a great variety of titles. Only a fool would set out to sell perishables like groceries online, right?

Well, Amazon bought Whole Foods in the summer of 2017. Bezos started with books but now sells everything.

In Fulfillment, journalist Alec MacGillis tells the story of where Amazon came from and what it wrought without once resorting to use of the buzzword “disruption.” MacGillis’ seemingly conscious disregard for that word, rattled off so often since Harvard Business School guru Clayton Christensen coined it in the 1990s, allows him to render an honest and understandable picture of our consumer economy that one company has managed to dominate.

Amazon did not displace stodgy or outmoded forms of commerce the way the heliocentric view of the solar system eclipsed the geocentric theory. Ultimately, it won its position with the help and acquiescence of state and local governments and by devising and exploiting a retail system where its vast troves of consumer data have allowed it to strategically undersell smaller, less informed competitors.

Bezos, once a portfolio manager at D.E. Shaw, turned Amazon into a hedge fund of retail that exploits information asymmetries to gain an edge. The foundation of the Amazon goliath was Amazon Marketplace, which launched in 2000 and allowed Amazon to serve as a platform for third-party retailers, followed by a push by the company to diversify its direct retail business by offering large-scale fulfillment services to purchasing organizations at all levels of government, as well as to large corporations.

Signing up third-party retailers created a revenue stream for Amazon, which took up to 30 percent of each sale as a fee for access to its technology platform. It also gave Amazon instant insights about consumer demand and pricing, allowing it to undercut its marketplace clients and other retailers. Entering into government purchasing meant expanding its lobbying efforts as Amazon sought to displace local, family owned retailers like the El Paso office-supply company that MacGillis features.

Running data centers that host other corporate websites not only gives Amazon control of much of the infrastructure of the Internet, but it also generates profits that can be used to offset losses in retail, allowing Amazon to sell certain products at low or negative margins to gain a competitive advantage.

As Amazon took over the fulfillment of nationwide orders large and small, its footprint expanded quickly beyond Seattle, where Bezos had set up shop to avoid taxes that would have been assessed by California had he headquartered in Silicon Valley. In the Pacific Northwest, in Ohio, in Texas, and Maryland, MacGillis documents the transformation of communities as old industries like shipping, steel, and manufacturing were replaced by Amazon’s warehouses and server farms.

Wages fall, conditions in the fulfillment centers are often dangerous, and Amazon proves itself fiercely anti-union whenever its workers try to organize. Meanwhile, Amazon spends gobs of money marketing and also buying influence in local political races, especially to fight minimum wage and tax hikes, so that it can count on the fear and fealty of mayors and civic legislatures wherever it wants to do business.

MacGillis describes a geographic concentration of wealth and opportunity around New York City, Washington, DC, Seattle, Silicon Valley, Los Angeles, and Austin, although Amazon isn’t the sole cause of this. As he tells it, DC evolved alongside the professionalization of lobbying and the monetization of influence championed by private equity titans like the Carlyle Group. In these cases, Amazon takes advantage of what’s already there. In cities like Seattle, Amazon has forever altered the lifestyle.

Fulfillment reaches readers at an interesting time, when both Democrats and Republicans worry about the political, economic, and social influence of technology companies like Google, Apple, and Facebook.

Amazon also enjoys undeniable public goodwill because of the covid-19 pandemic. Late in the book, MacGillis drives from Baltimore to his childhood home in Pittsfield, Massachusetts. He remarks that the empty highways reminded him of a warzone:

“Except there were no troop carriers or munitions haulers in this war zone. Instead, there were trucks. The majority of the few vehicles on the road were tractor trailers, and the vast plurality of those were Amazon trucks.”

The disease that had driven people into their homes had benefited Amazon mightily. Not only did its earnings set records, but the company established itself as a friendly partner to quarantined Americans desperate for safe and efficient ways to obtain necessities and entertainment.

Americans love Amazon. No matter how the company treats them.