Cannibals in Love: A Novel

Whether it’s really a novel or a collection of short stories, this work serves up insight, wit, and a sympathetic rendering of the millennial tribe. 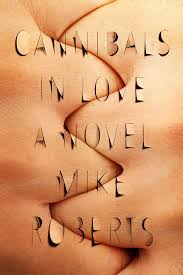 These days, you see them everywhere, these metropolitan millennials: on the subway, at Metrobus stops, commuting on their ubiquitous bicycles. They seem to dwell in colonies and cluster at neighborhood Starbucks. Then, after dark, they chill where the trendy local bar bands play. They’re the “in-betweeners” of our major cities, finished with college, under-employed, and biding their time until their real careers kick in.

This is the community Mike Roberts depicts, and quite impressively so, in Cannibals In Love, a fictional amalgam of interlocking episodes in the life of a 20-something aspiring writer in the first decade of our present century. For the most part, the book meanders through the more artsy-craftsy precincts of the Gen Y demographic, trailing its clever and eminently likeable narrator-hero along the well-worn creative axis that links DC with Brooklyn and Boston, and then on to Austin and Portland.

Like some among his contemporaries, Roberts’ narrator-hero is a creative nomad. And along the way, the author directs an insightful and sympathetic eye toward culture and custom among this tribe, with richly observed and at times laugh-out-loud glimpses of a generation that some of us, more demographically remote, find difficult to get a handle on. He also guides us with wit and charm among the outliers — parents, siblings, employers, cops — who, in a way, unwittingly cushion his millennials along their rutty byways and detours.

If we appreciate how very well he writes, Mike Roberts rates as more than just a clever chronicler of 20-something mores. He’s an author from whom we should expect important work in years to come.

Cannibals cruises through 18 “vignettes” that take place between September 11, 2001, and the late aughts, as its hero alternately drifts and struggles through the circumstances of his young life, working at temp jobs that include apartment painter, municipal lamppost counter, Xeroxer-shredder, and copywriter for a global purveyor of online spam. (In this last role, as our hero ruminates on the audience reach of the internet, he rightly calculates that his work ranks him among the most widely read writers of any generation in the history of the planet.)

And in one chillingly evocative episode, Washington-area readers will be carried back to the dread-sodden days of the so-called Beltway Sniper, where few of us were bold enough to linger long in the open air.

In a strangely reflexive touch, Roberts names his narrator-hero “Mike,” with no surname indicated. So it’s not out of order to assume the book is semi-autobiographical and the stories within are based on real events in Roberts’ life. Is this important to know? Certainly not from this reviewer’s point of view, but the publisher might be intervening here to protect its marketing stake by encouraging this perception of 20-something “authenticity,” as if this really is a thing to be concerned about.

So, too, with calling the book a novel, when it could more accurately have hit the market as a collection of short stories. But, as Roberts’ hero reflects — and publisher FSG rightly reckons, I guess — “No one reads short stories.” And so what we hold in our hands becomes a novel. Marketing magic.

But on this very question, Roberts’ writer hero seems to view his book-within-a-book more as a mix-tape, and Roberts the author, hard upon confessing that “every narrator is an unreliable narrator,” does seem to be yanking our collective chain a bit with his character’s pretentious take on this mix-tape metaphor:

“The tenuous state of [the narrator’s] relationships, and the limitless discoveries of self. And suddenly you would find yourself internalizing the passage of time in each next image…And, almost without realizing it, you would begin to see the narrator right there in front of you. You would finally take his voice into your head. Because it is this transfer of consciousness that is your one and only constant in the novel.”

Okay, Mike, we get it. You’re having us on. And we smile in anticipation of your next effort, no matter what your publisher chooses to call it.