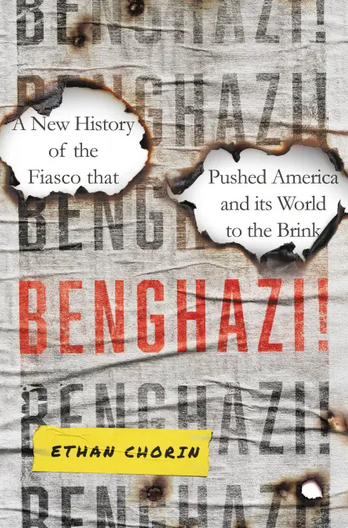 On September 11, 2012, the Islamic militant group Ansar al-Sharia launched the first of two attacks against United States government facilities in Benghazi, Libya. The first assault, at 9:40 a.m., was against the American diplomatic compound. It killed both U.S. Ambassador J. Christopher Stevens and U.S. Foreign Service Information Management Officer Sean Smith. Then, around 4 a.m. the next morning, the group struck again, launching a mortar attack against a CIA annex a mile away, killing two CIA contractors, Tyrone S. Woods and Glen Doherty, and wounding 10 others.

The United States immediately increased security worldwide at diplomatic and military facilities and began investigating the incidents. The Libyan government condemned both attacks and took steps to disband militias. Some 30,000 Libyans marched through Benghazi denouncing Ansar al-Sharia, which had been formed during the 2011 Libyan civil war to topple Muammar Gaddafi.

Meanwhile, in the U.S., a furor over the attacks broke out. Republicans persistently accused President Barack Obama, Secretary of State Hillary Clinton, and Susan Rice, U.S. ambassador to the United Nations, of grievous failures related to Benghazi. Yet despite the right’s best efforts, 10 investigations — including six led by Republican-controlled congressional committees — did not find that any high-ranking Obama Administration officials had acted improperly.

To this day, Republicans see Benghazi as the primary example of everything that’s wrong with Democratic foreign policy, while Democrats view it as the most pernicious of Republican conspiracy theories.

That’s the story author Ethan Chorin tells in Benghazi!, and he is well equipped for the job. Comfortable in both Arabic and Farsi, the former Fulbright Scholar holds multiple degrees, including a Master’s in International Policy Studies from Stanford and a B.A. in Near Eastern Languages and Literatures from Yale. He has held high-level positions at the Center for Strategic and International Studies, the Yale School of Management, and the Dubai School of Government.

His non-academic career is equally impressive. A former diplomat, Chorin was posted in Libya from 2004-2006 to help set up a U.S. mission in the wake of America’s rapprochement with Gaddafi. Six years later, when the Benghazi attacks occurred, he was working in that city as co-director of an NGO helping to build medical infrastructure in eastern Libya. A year later, he was nominated (though not appointed) to succeed the deceased Stevens as ambassador.

Chorin relates the events of the Benghazi attacks in excruciating detail, filling 390 pages and appending 669 footnotes. The book opens with a list of principal characters that runs seven pages and is divided into the categories “Americans,” “Libyans,” “International Islamic Figures,” and “Libyan and Syrian Groups, Militias, and Political Parties.” That’s followed by a 1928-2020 timeline that spans eight pages. At the end is a bibliography 30 pages long.

The story of what happened at Benghazi, as Chorin tells it, is rife with examples of man’s inhumanity to man. Each of the many protagonists in the drama, the U.S. included, felt no compunction about taking the lives of opponents, resorting to torture if necessary. The sheer number of those slaughtered by all sides left me appalled.

Nor had I been aware of Italy’s longtime influence in Libya. It turns out that Italians occupied the country starting in 1911 and didn’t pull out until 1943, well into World War II. As a result, traces of Italian culture lie everywhere beneath Libya’s surface.

One of the odd features of the Benghazi story is the huge number of players and organizations involved. Chorin’s narrative sent me searching the internet for background on Ansar al-Sharia, Al-Qaeda, Islamic Jihad, Islamic Maghreb, February 17 Martyrs Brigade, the Free Syrian Army, Libyan Islamic Fighting Group, and many, many more. The sheer complexity of Libya’s history makes understanding the Benghazi story a formidable task.

Thus, while I came away enormously impressed by Chorin’s mastery of such a complicated set of interactions, the difficulty I had as a lay reader (and Benghazi! is marketed to lay readers) was that the tale is so frustratingly intricate, overstuffed with characters, and reliant on acronyms that I had to keep flipping back through the pages to find the dates, names, and events that would help me comprehend what was happening. Readers similarly unversed in African and Arab history may struggle, too.

The moral of the story, according to the author, is that U.S. foreign policy should be based on what is honorable, proper, and desirable from an international perspective rather than on internal partisan politics. Had the U.S. followed this simple rule, much of the ongoing anguish over the Benghazi debacle might have been avoided.

Tom Glenn, Ph.D., spent most of his 35-year government career assisting U.S. forces in combat with signals intelligence, first in Vietnam, later in other places that are still classified. Throughout, he was a civilian operating under cover as a member of the U.S. or friendly military unit he was supporting. He retired as early as he could 30 years ago to write. He now has six books and 17 short stories in print.

Once In a Great City: A Detroit Story

The Pulitzer Prize-winning author takes an elegiac look at the Motown of the 1960s.