A primer for the uninitiated and/or inadequate. 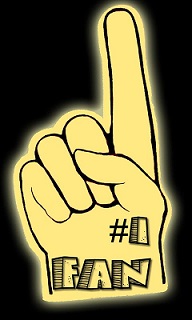 I've written before about my awkwardness when it comes to meeting famous people, or even non-celebrities I admire. And since ThrillerFest just ended and Bouchercon is coming up, and famous writers are going to be firmly entrenched in the hotel bar, I thought I'd put out this handy FAQ:

How are you qualified to do this? Are you famous? Have you written a book?
Two, actually, but I'm very not famous. That said, I have stared at many famous writers and even introduced myself to a couple.

How did that go? Were you charming?
The opposite. I tried to be funny, but no one finds me as funny as I do. I got some blank looks and nervous laughter. A general sense of uneasiness, really, is the best way to describe their reaction. One time, I met Bill Cosby and offered to tell him a joke. He scowled and said, "If there's one thing I don't need, it's another joke," and walked off. That was rude. Then again, given what we now know about Cosby, it could have gone a lot worse.

How famous were the writers? Who are you talking about? Details, please.
One of my heroes is Lawrence Block, and I've actually seen him at a couple of conferences. I was talking to a friend at last year's Bouchercon and saw Block sitting at a table. All by himself! I told my friend I was going to introduce myself, and my friend responded with, "I dunno, he seems like he wants to be alone." So I was trying to determine if, in fact, he did want to be alone, when Block looked up and saw me staring at him. He stared back, and I felt like he was scowling into my soul. Look at this picture. Holy hell. I shamefacedly broke off after about a minute, went upstairs to my room, and crawled under the bed.

Really? Is that true?
Not entirely. I actually broke off after about 10 seconds.

Who else have you met?
I just wrote about the time I met Megan Abbott, and she couldn't have been more pleasant. Truth is, most writers are very nice in person. Come to think about it, I've never had a bad experience meeting a writer. Sort of surprising, that.

Right? Hollywood tells me writers are cranky.
I think it's because writers aren't rock stars, meaning they're not getting swarmed by fans or stopped in the street. I'd imagine that, at most, there may be five writers who are recognized in public. So they appreciate the attention. They realize it's not endless. Also, all author photos were taken 10 years earlier or are air-brushed lies, so writers are rarely recognized in public.

Anyone else?
Oh, man, one time I met John Updike! I went to a reading of his and he signed books afterward. There were hundreds of people there, all huge fans. I was the youngest person by 40 years, at least (and I'm old). Granny panties were sailing to the stage.

Was Updike nice?
He was all right. When my turn came up for the signing, I opened my book to a blank page in the front where I'd written: "_______ wuz here." Cute, right? Updike looked at it, looked at me, and signed on the next page. Then he turned to the next person.

I see what you meant about "humor."
It's subjective.

Not always. Anyway, who's on your wish list of famous writers to meet?
I'd really like to actually talk to Lawrence Block one day (with no eye contact). That'd be cool. I'd also like to meet Anne Tyler. I think she'd enjoy my company. I imagine I'd stop by her house on a weekend and we'd chat, and she'd find me bemusing. And as soon as I sensed she was getting tired of me, I'd be out of there. One of my strengths is not overstaying my welcome.

Nobody agrees with that.
I hosted DC's third Noir at the Bar a couple of weeks ago, and James Grady was one of the readers. Grady's a legend among thriller writers, and I was really excited to have him at the event. I'd actually met him at the Washington Writers Conference earlier this year, and he's the nicest guy. It was funny to see fans and writers approaching his table, introducing themselves all awkwardly. I felt superior to all of them. "Oh, you mean you don't know Jim?" I call him Jim.

Do you actually have any advice, or are you just going to name-drop?
Can't I do both?

Okay, here's what I recommend:

Want to practice meeting some writers? I'll be on a panel about local mystery writers at East City Bookshop on August 20th. Hope to see you there! I'll try not to make it awkward.

How not to shill, er, sell your book

Writing is a powerful weapon. Be careful how you wield it.