An Interview with Gary Krist

In his latest book, Empire of Sin, the author chronicles the rise and fall of the Big Easy’s infamous Storyville. 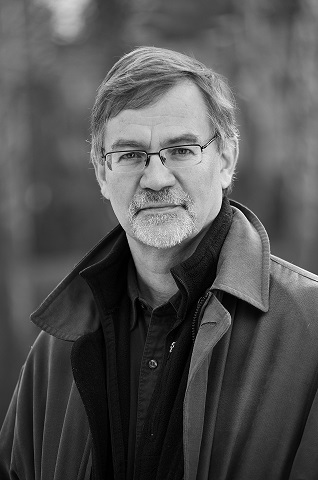 Outward appearances to the contrary, the city of New Orleans did not invent sin. But the City That Care Forgot boasts a rich history of producing, or enabling, a wide swath of eager sinners who sometimes treat it like the United States' Freudian id.

In Empire of Sin: A Story of Sex, Jazz, Murder, and the Battle for Modern New Orleans, writer Gary Krist has produced a lively, well-researched look at a true turning point in the history of America's most interesting city. In a unique early-20th-century social experiment, New Orleans set up a legalized red-light district called Storyville far beyond anything in the U.S. before or since — Las Vegas and environs included.

I swapped emails with Krist in November.

Could this kind of story have happened in any other American city? Chicago, New York, even Hot Springs, Arkansas, all had their crazy law-breaking subcultures around the Prohibition era. How was this period in New Orleans different than in other cities?

The unique thing about Storyville is that it was a legally tolerated red-light district. Certainly there were many other cities with a policy of unofficial tolerance of vice — in the form of police and politicians turning the other way for a small monetary consideration — but prostitution in Storyville could be practiced openly and without fear of the frequent cosmetic crackdowns that occurred in other cities. There was even a published directory called the Blue Book that conveniently listed all of the prostitutes and their brothels. As a result, I think the vice culture in Storyville was conducted in a far more businesslike way and was therefore somewhat less degrading for both sex workers and their customers (at least in the early years of the district’s life). And the reason this district grew up in New Orleans and not elsewhere lies in the city’s Franco-Latin roots. That heritage gave New Orleans a much more tolerant, cosmopolitan attitude toward activities that were considered inevitable expressions of human nature.

I haven't been to New Orleans since a few months before Hurricane Katrina in 2005, but even then I was struck by the invasion of the chain stores and some loss of unique identity in the Big Easy. If a reader of your book wanted to take an "Empire of Sin" tour around town, would they find much to see?

Not in the Storyville area, certainly. After the closing of the district in 1917, city officials (who were embarrassed by that whole chapter in the city’s history) let the neighborhood deteriorate in obscurity. Finally, in the 1940s, most of it was bulldozed to make way for a housing project (which is now also gone). But other parts of the city retain a lot of the atmosphere of the era I write about, at least architecturally — from the shotgun houses in the uptown Central City neighborhood, where a lot of the early jazzmen were born, to the opulent mansions of the Garden District, where the Anglo-American reformers lived. Then there’s Tremé and the French Quarter, of course. I sometimes think that the crasser parts of Storyville might have looked a lot like today’s Bourbon Street.

By partitioning off, even figuratively, a separate section informally "zoned" for booze, prostitution, and assorted sordid behaviors, New Orleans' leadership was probably fighting a doomed battle in hoping to put a lid on the human id. Do you think the Storyville project ever had any chance of success in New Orleans? Or anywhere?

Storyville was an attempt to find a pragmatic solution to a problem that may just be unsolvable — namely, that the human libido is very resistant to abstinence. I actually think that Storyville worked pretty well for a time; many scholars argue that crime was quite low in the district, at least at the beginning of the Storyville era, and there’s evidence that the prostitutes themselves were relatively satisfied with the arrangement. But then the more hardened criminals moved in, and the sexual offerings in Storyville became increasingly outrageous, which forced the reformers to start a campaign to close down the very district that reformers themselves had created.

Your section on the dismantling of Storyville was especially poignant. How did its long-time residents fare in the years to come?

Many tried to continue business-as-usual after Storyville closed in 1917. Tom Anderson, the vice lord who dominated the district so completely that he was called the Mayor of Storyville, attempted to keep his empire intact for a while, but he was specially targeted by reformers in the post-Storyville years and ultimately had to close down or sell all of his bars, cabarets, and vice interests. Lulu White, who owned the famous Mahogany Hall brothel, attempted to stay in business, too, but she was far too well-known to police; she ended up going to federal prison for a while and dying penniless. But some Storyville denizens recovered well. The brothel madam who called herself Countess Willie Piazza ended up quitting the prostitution business and going into real estate. She died a very rich woman — which was quite an accomplishment for a mixed-race female in the New Orleans of that time.

Following up on that, it appears the city's sporadic, maybe hypocritical, crackdowns also served to chase away some jazz greats like Sidney Bechet?

The rise of Jim Crow legislation and the active suppression of jazz culture in New Orleans — which were both parts of the overall reform effort to clean up the city — definitely created a hostile atmosphere for many of the early jazzmen. Bechet explicitly attributed his defection to Chicago and New York to his sense that other cities were more welcoming to jazz. After Louis Armstrong left in the early 20s, he didn’t return to New Orleans for many years, since he was so resentful of the treatment he’d received there. Fortunately, though, this diaspora of jazzmen helped to bring New Orleans jazz out into the wider world.

I could see Empire of Sin spawning a “Boardwalk Empire”-esque series on HBO. It's got it all: vice, violence, heroes, and villains all played out in a unique American location. Who would you want to cast as Tom Anderson, the unofficial mayor of Storyville? Joe Pesci or Sean Penn come to mind.

Tom Anderson was a short and scrappy Scots-Irishman, so Penn would probably be more appropriate than Pesci, who seems too New York Italian. Liam Neeson would probably be good. But if they asked me (and they wouldn’t), I’d vote for Daniel Day-Lewis.

When you are researching your work, is there a moment when a relatively obscure character leaps out at you and you know they're going to be a big part of the story?

One character who played a larger role than I expected was Anna Deubler, the niece of the famous brothel madam Josie Arlington (whose real name was Mary Deubler). Josie hated her life as a madam and yearned for middle-class respectability, but she and her longtime paramour, Tom Brady, liked the money that sex work brought in. So Josie projected all of her social aspirations onto her beloved niece. Thanks to the Storyville profits earned by her aunt, young Anna was able to live a privileged life in a big white mansion in an upscale part of town — all the while being kept totally ignorant of the fact that her Aunt Mary was the notorious Josie Arlington of Storyville. And, incredible as it seems, the girl lived in this blissful ignorance until her late 20s, when her aunt revealed her true identity in a fit of delirium during her final illness. Anna was totally scandalized, of course, but she, too, ended up liking the money too much to give it up. Ultimately, after Josie/Mary died, Anna even married the man she always thought was her Uncle Tom in order to keep the Deubler estate intact. Now THAT’s the kind of story you’d never believe if you had found it in a novel.

Michael Causey, a past president of Washington Independent Writers, lived in New Orleans and attended Tulane University. He missed Storyville by a few decades.