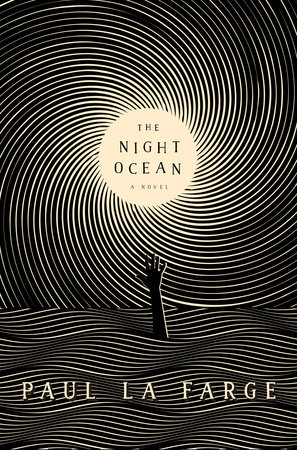 Paul La Farge’s The Night Ocean is a book about the terror of fiction. It begins as a conflicted love letter to the revered but flawed horror writer H.P. Lovecraft, indulging the writerly joy of embellishing Lovecraft’s enigmatic personal history with fantasy. But La Farge also ruefully interrogates the dangers of that fun, and the book’s winding layers of story-upon-story eventually locate, within the fabulist’s trade itself, a novel twist on uncanny horror.

The book is based on a thread of reality — the relationship between Lovecraft and a young fan named R.H. Barlow. In our world, Lovecraft collaborated with Barlow on a handful of stories and visited him several times in Florida, when Lovecraft was in his forties and Barlow was just a teenager. Barlow was later named Lovecraft’s literary executor and went on to become an eminent anthropologist of pre-Columbian cultures.

Fans have speculated about the details of Barlow and Lovecraft’s relationship, using it as grist for the theory that Lovecraft was gay. The Night Ocean opens with what appears to be a fictionalized vindication of that theory, unveiling purported journals — dubbed the Eronomicon — that chronicle Lovecraft’s gay trysts, not just with Barlow, but with a broad array of men.

Those familiar with Lovecraft will immediately find this section troubling — not because they paint Lovecraft as gay, but because they give us a Lovecraft who is witty, adventurous, and, most improbable of all, comfortable with his body.

This may be salutary; as La Farge later points out, Lovecraft’s dour, repressive misanthropy has become almost mythological as his stature has grown in recent decades (cf. Michel Houellebecq’s nihilist manifesto, H.P. Lovecraft: Against the World, Against Life).

But (spoilers ahead) La Farge is too smart to simply create a Lovecraft fully out of sync with his popular profile. The Eronomicon attracts the attention of a journalist, Charlie Willett, who becomes convinced that Barlow is still alive (despite his reported 1951 suicide), and unravels a complex story of intrigue and revenge behind the “forgotten” text.

Willett rises to fame thanks to his resulting book, which at its heart is a manifesto for the power of love, suggesting at least a metaphorical redemption for Lovecraft. This arc is driven home by the fact that Willett is black and grapples with loving the author’s work despite Lovecraft’s notoriously vile racist beliefs.

But the Eronomicon turns out to be just the top layer of more fictions than Willett can unravel, and ultimately, La Farge isn’t really advocating a redemption of Lovecraft’s darkest failings. Charlie’s upbeat book is discredited, and after falling into a pit of depression, he disappears. The Night Ocean is framed by the efforts of his wife, Marina, to follow his trail and, she dimly hopes, to find him alive.

It is roughly a detective novel, and happily free of any version of Lovecraft’s own iconic creations. This separates it from a rather pathetic subgenre of work that waves a lot of tentacles around and calls it “homage,” but La Farge does do some slightly more high-minded fan service. William S. Burroughs is a recurring supporting character, a welcome vindication for anyone who treasures the two authors’ shared alienation.

La Farge offers what could easily be lost Burroughs routines, and they’re as fun to read as they must have been to write. The same goes for a section about the House Un-American Activities Committee interrogating horror writers about their communist affiliations — which by all logic should have happened, even though it never did.

Marina’s own investigation unearths a touching portrait of a fictionalized R.H. Barlow, who appears to have faked his premature suicide and taken on a new identity. This Barlow flirted with cosmic despair, but, through his love for Lovecraft, managed to redeem some sense of worth from life. This takes up the book’s hearty middle, and La Farge skillfully draws the reader into a deep empathy for Barlow.

But this empathy is ripped away harshly as the book descends into a grim third act. Not much more can be said without ruining the narrative’s many misdirections, but the core achievement is darkly sublime, a translation of the cosmic insanity of Lovecraft’s work back into the human realm.

La Farge’s villain is nothing more or less than a liar so dedicated to fiction that he is monstrous, producing a despair in those he touches similar to that visited on those unlucky enough to see Lovecraft’s abominations in the flesh. This mere man brings his victims face to face, to paraphrase Lovecraft, with the great void of being, making of it something hopeless and nightmarish.

Inevitably, part of the message here is that La Farge himself is also a sort of monster. That’s not a condemnation of the author, who is clearly aware that by blurring the lines of Lovecraft’s sexuality and personality, he is treating a real man’s legacy as an instrument.

And The Night Ocean’s final message, at least in part, may be more nihilistic than anything Lovecraft ever penned — not only that the universe is indifferent to our suffering, but that we can never truly trust one another’s declarations of love.

David Z. Morris is a journalist, critic, and author whose work has appeared at the Atlantic, Aeon, Pacific Standard, and many other outlets. His dark novella, in night we coax things out of hidden shapes, was released in 2016. Follow him on Twitter and Instagram at @davidzmorris.

The Price of the Haircut

This offbeat collection about endangered marriages is sure to please.