The Kingdom of Sand: A Novel

Gay life in Florida is chronicled to tedious effect. 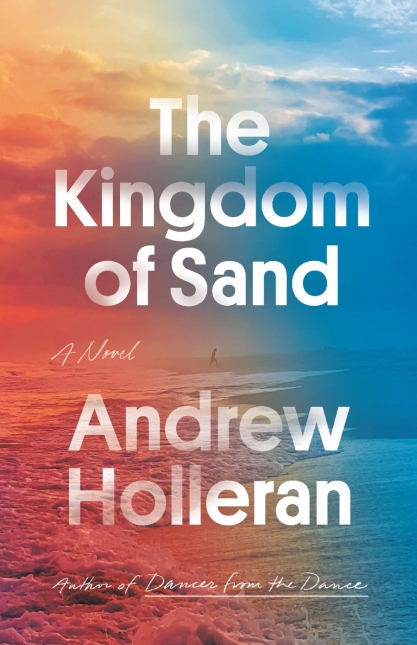 When I was first assigned Andrew Holleran’s latest book for review, I looked forward to it. One of my novels, No-Accounts, drew from my five years as a volunteer caring for AIDS patients at the height of the epidemic in the 1980s. I had seven patients, all gay, all of whom died. I believe I came to know the gay world as it existed at that time. But when I dug into The Kingdom of Sand, I found myself in a place I didn’t recognize.

Here is a book that claims to be a novel but doesn’t tell a story. Instead, it spends several hundred pages — often filled with less-than-smooth writing — ruminating about gay life in northern Florida. The unnamed narrator is a gay man in his 60s living in the area. His narrative is so detailed and specific about the region that I came away persuaded everything he was describing was real.

The book is a wandering commentary about the narrator’s daily life, and much of it is taken up with his thoughts on death. Meanwhile, when he wants sex, he goes to places where other men seek it; one is “the boat ramp,” but the one he patronizes most he calls “the video store,” a business with blackened windows and long, dark halls. He never specifies what he does there, so the reader is free to speculate.

During the narrator’s meanderings, we meet his friends, other aging gay men with whom he spends time but never engages in sex. Three are prominent: Clark, Patrick, and, finally and most important, Earl, who lives nearby. Earl is in his 80s, two decades older than the narrator, yet the two are similar:

“Though we were at very different stages of life — twenty years is a lifetime to someone with just a few years left — Earl and I had several things in common: we were both gay, lived in the same town, loved books and movies, and were going deaf.”

The narrator visits Earl frequently, but Earl, who is becoming immobile, never returns the favor. We see the interior of Earl’s house, filled to overflowing with books and movies. He is able to go on living alone because of his hired “handyman,” John, who sees to his needs. Earl’s days are numbered, the narrator believes, so he tries to visit often. He always calls first, but Earl doesn’t always answer. He doesn’t want to be bothered.

The narrator’s preoccupation with death recurs throughout. In one conversation with Patrick, who is himself dying, the narrator admits he doesn’t like the idea of his body being discovered after death because he’s afraid of how he’ll look. “Perhaps you’re too vain to die,” Patrick replies.

The death theme is heightened by Holleran’s description of a shop not far from where the narrator lives. It was first named Timeless Treasures but later became the Pack Rat. It sells only “the detritus” left behind when people pass away.

The novel overflows with mentions of classic films that frame episodes in the narrative. Earl’s handyman wears cut-off Levi’s that remind the narrator of the maid in “La Cage aux Folles.” The narrator doesn’t want to watch “All About Eve” by himself, so he takes it over to Earl’s. A young man looks like Dirk Bogarde in “Death in Venice.” During a buying spree at a going-out-of-business sale, the narrator purchases DVDs of “Breakfast at Tiffany’s,” “Best in Show,” and “De-Lovely.”

The book ends with yet another movie reference, this time unnamed:

“Bette so wisely urged her beau, ‘Oh, Jerry, don’t let’s ask for the moon. We have the stars.’”

And that’s The Kingdom of Sand. Because there is no story, its principal value may be the profound insights it offers into the lives of a very specific population: aging gay men in Florida. That’s not a subject of great interest to me, but perhaps it will be to others.

Tom Glenn is a fulltime novelist with six books and 17 short stories in print. He concedes that the critics who accuse him of writing fiction in name only are correct: His subject matter is drawn from his personal experiences, ranging from battlefield combat to advising U.S. presidents. is subject matterHH

By Bavo Dhooge, with Josh Pachter

A zombie teams up with a detective to solve gruesome murders.